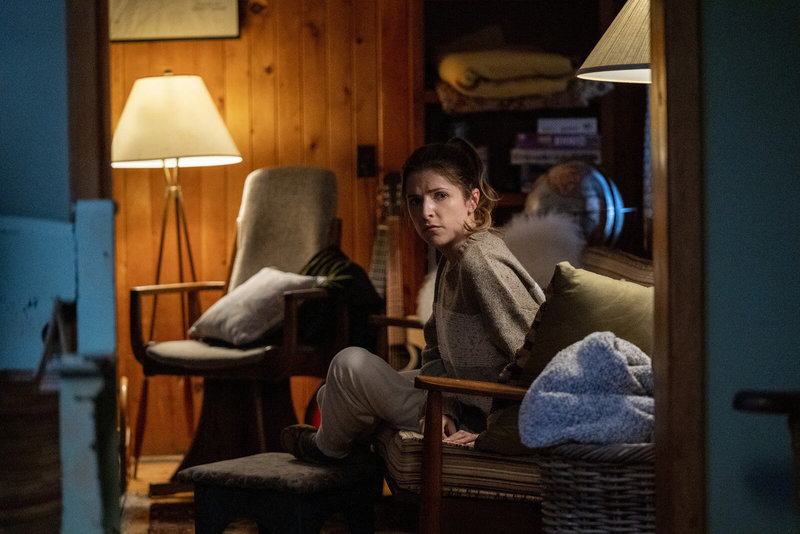 RAVING REVIEW: I didn’t know what to expect from this film and was unprepared for it. Traditionally seeing Anna Kenrick headlining a movie, you assume it’s more of a light-hearted film. This was anything but; even the lighter moments were coated with constant dread. I have to put this out here; if you’re going in blind to this film, I would suggest doing so without reading any coverage, synopsis’, etc. (even mine included)

The film ALICE, DARLING is a powerful and moving exploration of the complexities of emotional manipulation and abuse. The lead actress, Anna Kendrick, delivers a career-defining performance as the protagonist, Alice, who finds herself trapped in a toxic relationship with her boyfriend, Simon, played by Charlie Carrick.

Kendrick's portrayal of Alice is nothing short of mesmerizing. She perfectly captures the vulnerability and fragility of a victim of emotional abuse with a raw emotional intensity that will resonate with audiences. The film's portrayal of emotional abuse is subtle yet profound, refusing to rely on cheap and exploitative stereotypes, instead opting for a nuanced and understated approach.

The film also delves into the impact of abuse on the victim's relationships and emotional well-being, expertly capturing the isolation and alienation that often accompany such experiences. The relationships between Alice and her friends, played by Wunmi Mosaku and Kaniehtiio Horn, are particularly poignant, highlighting the stark contrast between the toxic dynamic with her boyfriend.

Charlie Carrick's portrayal of Simon is also noteworthy, as he expertly captures the cowardice and manipulation of a perpetrator of emotional abuse. His character is often subtle in his actions, but the film highlights the verbal and nonverbal signals he uses to control Alice. He is not the typical abusive partner often portrayed on screen, but instead, his actions are more insidious, making it all the more chilling to watch.

The screenplay, written by Alanna Francis and directed by Mary Nighy, is a triumph of storytelling, capturing the nuances of emotional abuse with a sensitivity and authenticity that is all too rare in films that tackle the such sensitive subject matter. The film's creative team brings a unique perspective to the story, providing a robust and intimate look at the lives of women affected by abuse.

ALICE, DARLING stands out as a powerful and moving film that explores the complexities of emotional abuse in a nuanced and profound way. The film's subtle yet powerful approach to the subject matter, along with the outstanding performances by the cast, make it a must-see for anyone interested in understanding the complexities of emotional abuse. The film's ability to capture the raw emotional intensity of the subject matter is a testament to the creative team's skills and the actors' performances. It will leave a lasting impact on all who see it and is a powerful reminder of the importance of recognizing and speaking out against emotional abuse.