A Twist on Found Footage That You Won't See Coming 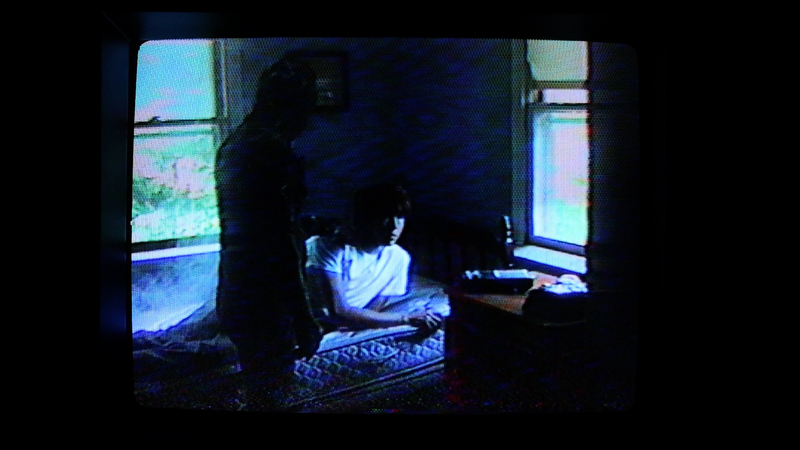 RAVING REVIEW: This film is a unique and thought-provoking blend of found footage and real home movies that blurs the lines between reality and fiction—a twisted and newly updated combination of some great classics from years past.

Director Paul Owens takes a bold approach by incorporating actual home movies from his and his siblings' childhood into the film, casting not only them but also their father as fictionalized versions of themselves. This personal touch adds an element of authenticity and emotional depth that elevates the film beyond a typically found footage horror.

The film follows Mason, who returns to his childhood home after his father's death to find that the house is set to be demolished. As he sifts through his father's belongings, he discovers a camera and tapes that allow him to see what isn't there. As he immerses himself in the recordings, he experiences his father's memories firsthand and becomes increasingly fixated on reliving these moments.

Using real home movies creates a feeling of reality that couldn't be achieved with actors alone and adds a strong link between the past and the present. This unique aesthetic choice, combined with the film's slow-burn approach and unsettling tone, will appeal to those who appreciate an art horror experience.

The videotapes represent memories, but not necessarily as Mason remembers them, and his obsession with reliving the past highlights the dangers of trying to dive too deeply into it. This exploration of memory and the dangers of revisiting the past adds depth and complexity to the film. Splicing real memories with a fictional narrative of lost memories is sure to elicit a range of emotions from audiences.

Despite the film's eerie and sad elements, it ultimately serves as a poignant tribute to the bond between a father and son and the enduring power of memories. In short, LANDLOCKED is a beautifully crafted and emotionally impactful film that stands out for its innovative blend of found footage and family history.