I Promise You Won't Expect What You Get 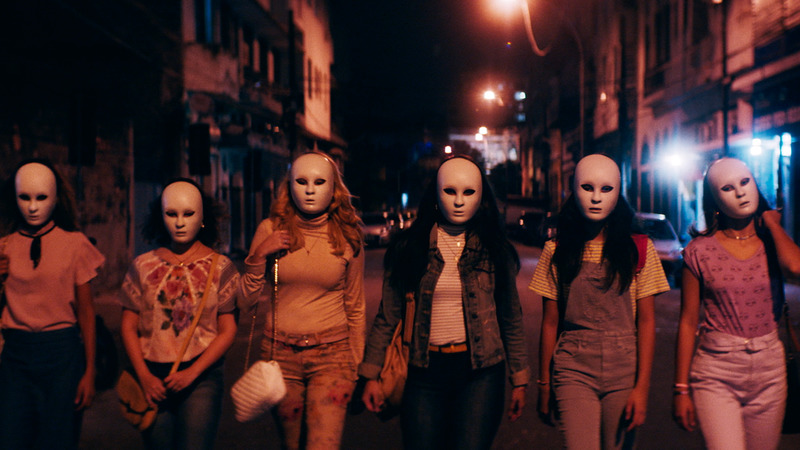 RAVING REVIEW: A powerful and moving exploration of femininity, sexuality, and mental health that celebrates the strength and resilience of young women as they confront societal expectations and the demons they face within.

MEDUSA is a powerful exploration of some of the most pressing issues facing women today. Set in a small town in Brazil, the film tells the story of a group of young women who are forced to battle themselves within while also facing the world around them. Through their struggles, they begin to understand the importance of self-acceptance and self-love while at the same time stumbling along the way.

One of the most powerful aspects of the film is how it portrays the young women at its center as complex, fully-realized characters struggling with life and facing unknown threats. The film explores feminine empowerment, and it does so in a way that is both subtle and powerful. They learn to stand up for themselves and to speak their minds, even in the face of opposition.

The performances of the cast are very noteworthy. Each of the young women in the film delivers a powerful and nuanced performance, and the chemistry between them is unparalleled. The film is anchored by a standout performance from lead actress Mari Oliveira (Mariana,) who brings a sense of vulnerability and strength to her character that is truly moving.

Regarding cinematography, MEDUSA is a feast for the eyes. The film is shot in a beautiful and eerie way, with the Brazilian landscape as a backdrop for the film's more unsettling moments. The use of color and lighting is also noteworthy, with the film using a color palette that is both bold and subtle to great effect. In almost all of the film, a constant haze gives a sense of unease; even in the brightest scenes, there’s a sense of something that you can’t quite pin down.

MEDUSA is a film that will stay with me for a long time. It is a must-see for a thought-provoking and empowering film experience.