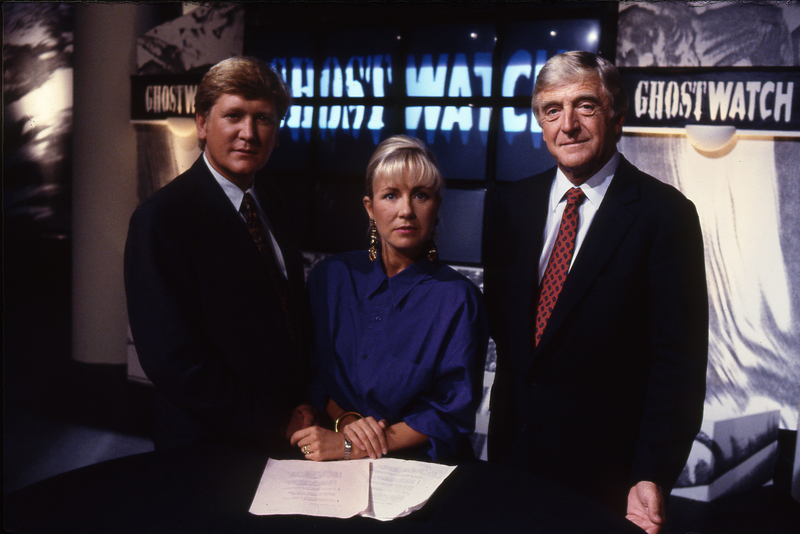 RAVING REVIEW: I didn’t know what this was; I started it and was genuinely confused. THE BLAIR WITCH PROJECT had nothing on this when you compare them. I had a blast, just crazy enough to make you second-guess everything you know.

Yep, that’s the only direct comparison I could think of because I don’t know what else could do this justice. While this was initially aired on the BBC on Halloween 1992, it has since gained cult status outside of the UK. The film was aired with the explicit intent of being a “parody,” but the documentary style of the film left many people thinking that these were actual events (although, come on.)

Unfortunately, knowing the truth behind this might hamper its entertainment value a bit. I can only imagine watching it “live” and not knowing. The idea of the experiment is perhaps more incredible than anything else. Even though this was “fake,” it would be nearly comparable to Orson Welles's WAR OF THE WORLDS radio drama broadcast. While the reports of the outfall of both may be exaggerated slightly, the experience was still there.

One of the most impressive aspects is how well this aged. At the same time, most of what you see isn’t “convincing” by today’s standards; I can’t imagine the feeling of watching this on a nationally televised broadcast, especially if you missed the idea that it wasn’t real.