Not My Traditional Film Going Experience 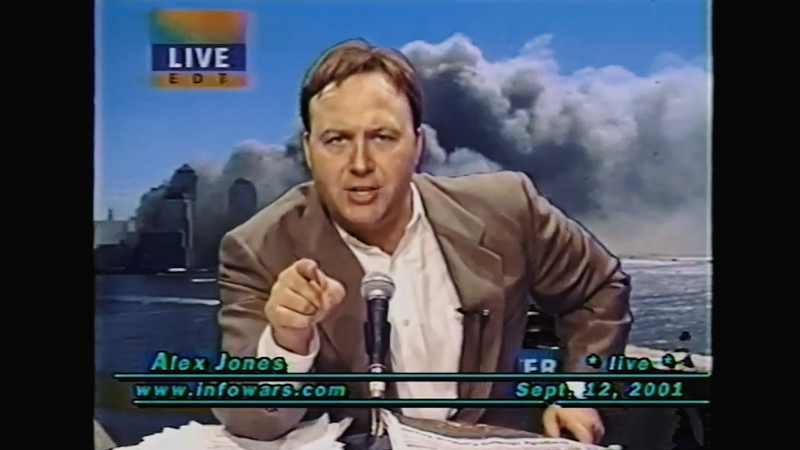 This was probably one of the most challenging reviews I’ve ever had. Before I go any further, keep in mind that I lean left in my political alliance. This shouldn’t be a surprise to anyone who follows me. I had to go into it with an unbiased set of eyes, and after hearing Alex Jones for years, that was incredibly hard. I feel like I was still successful; otherwise, I probably would’ve instantly given the film a ½ star (which is my lowest grade possible). Don’t get me wrong; my rating here has nothing to do with the content of Jones’ constant rants on unproven lies and flat-out hatred to get his views up.

Alex Jones admits to starting as a conspiracy theorist, and throughout this, it amplifies those claims. The odd part for me is that this felt like it should be a biased vanity piece, yet throughout the film shines a light back on himself as being wrong and not having the evidence he claims. The only time I felt that the film was biased was when it came to his stance on the January 6th insurrection. While I don’t have proof otherwise, the clips of Jones seem to have a pretty narrow perspective.

It’s important to note that throughout this documentary, director Alex Lee Moyer did a solid job of showing Jones for what he is instead of the “polished” genius he’d like to be shown as. One of the essential aspects of a film review is the ability to give an opinion without letting your feelings overtake it entirely. Cinema is a subjective art form, so it sometimes becomes a challenge. The only real knock I had on Moyer (and it’s not their fault) is that every time the story would try to defend Jones, it would come right back and show the truth behind the made-up stories.

I don’t want this to shine a positive light on Jones; his lies and stories about terrorist events and school shootings (among many other things) have caused irreparable damage to many across this country. If you decide to watch this, please research any claims you hear before taking them as fact.