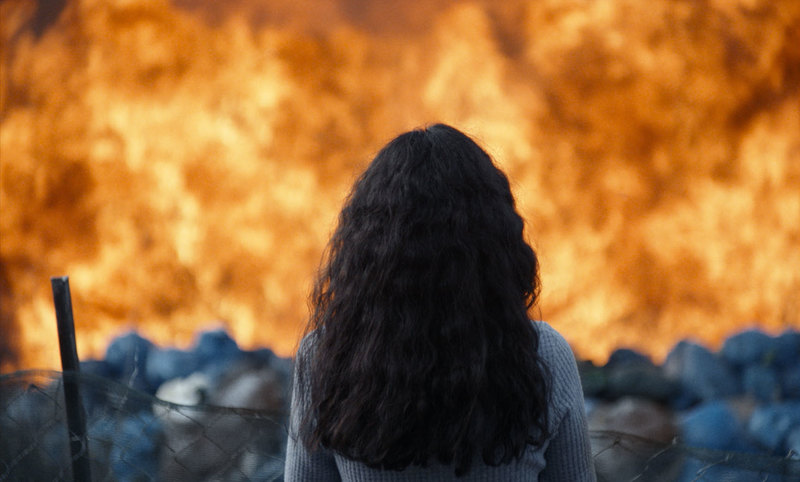 This is easily one of the most harrowing films I’ve seen this year, packed with emotions from passion to fear and everything in between. It’s a story about family tensions accompanying a battle for your being and your freedom.

Director Mounia Akl grew up in Lebanon, where the film takes place, having seen firsthand the struggles of life on the brink. “I started observing the tools that we arm ourselves with to fight trauma, often reverting to impulse or denial. This dichotomy is what Lebanon is and who I have become.”

The film was created to mirror the real-life struggle while creating an implausible story that doesn’t let the outside in with the end game of hopefully making a blueprint of how this fictional family can rebuild their lives and showing Lebanon a path to the same goal.

The characters each have their own stories, battles, and success stories as they navigate life. The parents (Souraya and Walid) are complete opposites while completing each other's missing pieces in a world where all they have is family. The children Rim & Tala also play opposites of each other, helping balance each other. It’s a perfect balance which is what lets the family function. The outside world is the only thing that can disrupt this balance. The film shows this through two sides of a fence and the ever-expanding dangers outside.

The danger on the outside is partly political, caused by the government's inactions and lack of planning. This is a real crisis that Lebanon is struggling against, not only what’s seen in the film but far more profound issues that the film hints at. While this film takes place in the near future, it also shows what is happening today. “In October 2019, a revolution started giving momentary hope. It was then followed by a financial collapse, a world pandemic, and the third biggest explosion of the world in August 2020. The country fell apart, and people felt angry and hopeless.”