One of the Most Heartwarming Films of the Year 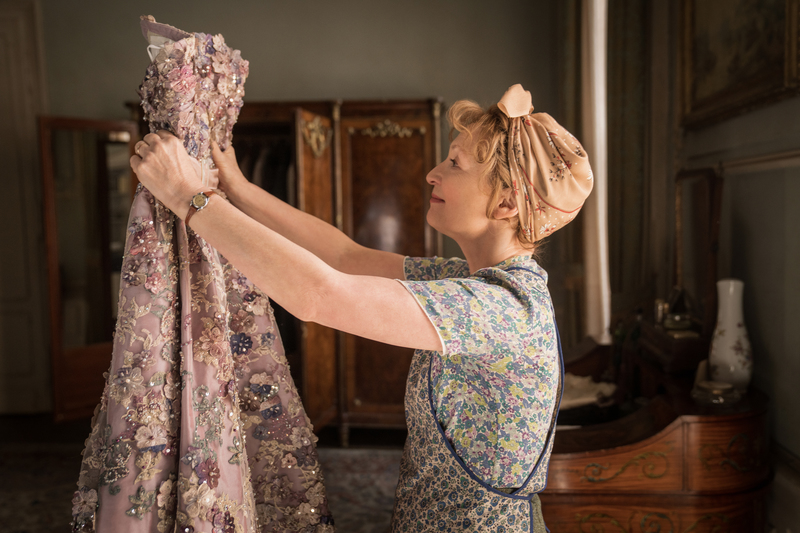 This will undoubtedly be one of my favorite films of the year. It had so much heart and, at its core, was a simple story about what matters in life. Lesley Manville (PHANTOM THREAD, THE CROWN) plays the kindhearted Ada Harris, a.k.a. Mrs. Harris. Her performance is Oscar-caliber, and it felt like she was born to play this role.

This is the fourth time this story has been produced (adapted from the novel MRS. ‘ARRIS GOES TO PARIS by Paul Gallico), including three TV movies (the most recent in 1992 with Angela Lansbury playing the titular Mrs. ‘Arris.) While I haven’t seen that version, Lansbury had a notable career, and I’m sure that performance was terrific as well.

The overall story is very straightforward, simplistic, and a by-the-numbers production, but the life that the cast brings to these roles makes you fall in love with the film. Three of the supporting actors in the movie Rose Williams (as Pamela Penrose,) Alba Baptista (as Natasha,) and Roxane Duran (as Marguerite), truly make for a formable companion to Manville in the lead. I was mesmerized by the interactions and screen presence of all three. While they aren’t household names in the US, Duran may be familiar to anyone who has followed my reviews as she had one of the lead roles in THE CURSED, one of the first theatrical releases I got to screen.

I can’t write this review without mentioning Isabelle Huppert, a true legend in French cinema. She’s appeared in more than 120 feature films, and while the role isn’t as notable as others, her presence is automatically felt in every scene.

This is a feel-good movie guaranteed to put a smile on your face. Billed as a comedy/drama, it hits both genres perfectly. Thankfully in part to almost three-hour-long superhero movies, a two-hour comedy/drama is a welcome change of pace.