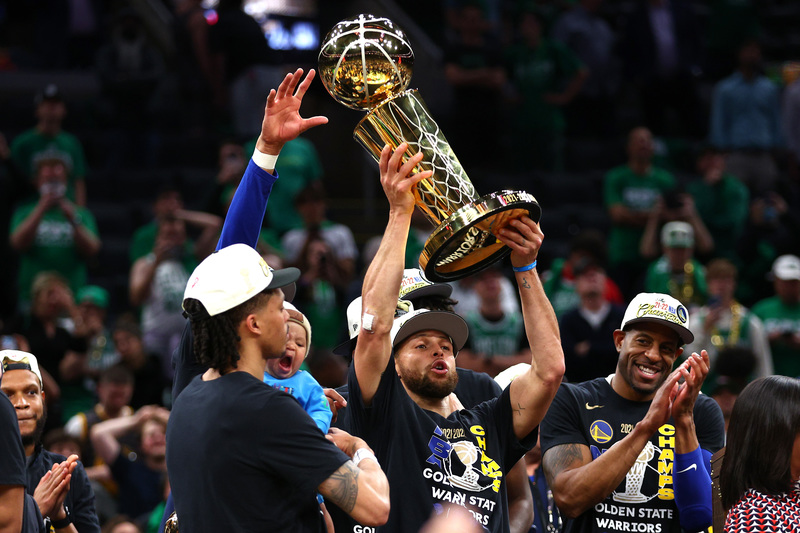 The Golden State Warriors won their fourth NBA championship in eight seasons last Thursday night. The Warriors took down the Boston Celtics in a 103-90 Game 6 road win to take the series 4-2. This year’s championship for the Warriors was the franchise’s seventh overall. Something about the Warriors' title this year seemed more impressive than the last three they have won since 2015. The Warriors have faced many ups and downs over the past three years, including multiple season-ending injuries to star shooting guard Klay Thompson, losing superstar Kevin Durant in free agency, and struggling to be a championship-caliber team for the past few years. Many thought that this adversity in Golden State meant that the Warriors dynasty was slowly coming to an end. This championship proved that the Warriors dynasty is still present and that Steph Curry still has what it takes to lead a team to a title, even at the age of 34 years old. Curry has been the face of the franchise in Golden State for the last decade. Steph had led the Warriors to their three previous championships, but had never won the NBA Finals Most Valuable Player Award, until this season’s title. In this year’s NBA Finals, Steph Curry averaged 31.2 points per game, a career high in his six NBA Finals appearances.

Curry has had two of the same guys by his side for a lot of his success in Golden State, Klay Thompson and Draymond Green. These three have seen a great amount of success together, winning all four of their championships together, with some different pieces here and there. Easily the most impactful piece the Warriors have had during their historic dynasty was future hall of famer, Kevin Durant. Durant joined the Warriors through free agency before the 2016-2017 season and Golden State went on to win back to back championships in 2017 and 2018, with Durant winning the Finals MVP in both years. Adding Durant to a Warriors team that already proved that they could win an NBA Finals Championship in 2015 pushed Golden State into the territory of being talked about as one of the greatest teams in NBA history. Many fans though, argued that signing a player like Kevin Durant and forming a “super team” discredited the original Warriors players that were there for the start of the dynasty in 2015. The way that the original guys, like Steph Curry, Klay Thompson, and Draymond Green, were able to win another championship after losing Durant really solidifies this Warriors core as one of the greatest to ever play.

This trio is composed of three historically unique players who complement each other on the court in ways that make it nearly impossible to defend. Curry and Thompson are two of the greatest three point shooters in NBA history and Draymond is widely considered as one of the best defenders in the league, who can also get it done down low on the offensive side of the court, and has one of the highest basketball IQs of all time. All three of these players were drafted by the Warriors and play with a chip on their shoulder due to where they were drafted and countless other reasons, whether those reasons are rational or a bit fabricated, these three have played with heart ever since they entered the league. The trio in Golden State made the Warriors the first team in NBA history to win a title just two years after putting up the worst record in the league. On the outside looking in, no one thought the Warriors had a legitimate chance to win a championship this year. Golden State proved many people wrong, just like they have many times in the past. Who knows what this team could continue to achieve in the future.