A Look at Current Events Through the Past 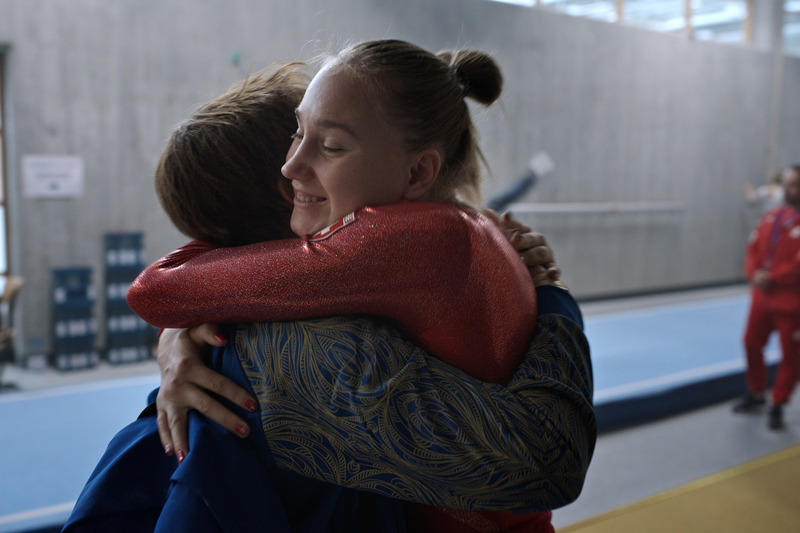 2021 Cannes Critics’ Week winner of SACD Award OLGA is an interesting look at a side of competitive gymnastics and the fallout of the steps one has to take during such an uncertain time. The film sees a young gymnast Olga (Anastasia Budyashkina), from Ukraine, who moves to the Swiss national team so that she can compete without concern due to the ongoing issues in her country.

The film was unique because while it was a live-action story being told, there was a very documentary-style feel to it, including actual footage from a previous conflict. The film hits every heartbeat and is, unfortunately, a very timely tale of how easy we as Americans have it. There are parts of the world where day-to-day life isn’t even guaranteed.

While the film doesn’t focus on current events, you can’t help but draw parallels. “Euromaidan was a demonstration in Ukraine, starting on November 21st, 2013. They were because of the Ukrainian government's decision not to sign the European Union–Ukraine Association Agreement, instead choosing closer ties to Russia and the Eurasian Economic Union.” While I’m not an expert on the events, I can’t help but think that this decision, in retrospect, only made current events worse.

Either way, this story is about a girl stuck in the middle of unrest while also trying just to grow up. So many moments in the film show these tough decisions, from her hesitation, lack of focus, and concern for her city that isn’t the city she remembers.  I found it interesting that the director Elie Grappe specifically sought out actual athletes instead of actors who could fake it. This helped to further the story; some actors were part of Ukraine’s national reserve and Swiss national teams. It added a level of authenticity that otherwise would’ve noticeably been absent from the film.

Like so many other films, the production was interrupted by the coronavirus pandemic but was safely completed nine months later. We now have one of the most interesting films I’ve seen in some time that managed to blur the lines between fiction and non-fiction in a way that makes you appreciate the film for the story instead of focusing on what is or isn’t real. Budyashkina’s story is a mirror of Olga’s in so many ways. Following the recent invasion of Ukraine by Russia, she was able to escape and take refuge in Switzerland. She’s thankfully able to continue her studies and training as well.