A Future Where Dreams Are More Than Dreams 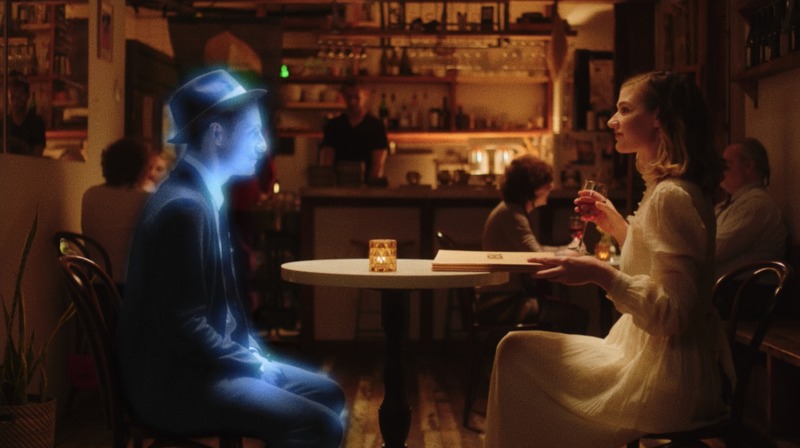 A fantastic trip, unlike anything you’ve probably seen before. I won’t lie; I honestly didn’t know what to expect and was surprised at each turn. The film was a brilliant and funny look into something so absurd that it lets you get lost in the visuals on screen from the first scene.

In short, the film is about a future where your dreams are recorded and taxed by the government. Yep, you heard me right, and it’s terrific. It’s bizarre, unique, fun, twisted, and just the right amount of strange. Every time I thought I grasped what was going on, I didn’t. Directors Kentucker Audley and Albert Birney created a world that was so smart and filled with more profound messages but at the same time just allowed the audience to have this incredible ride through their world.

One of my favorite aspects is that the film takes place in 2035 but is filled with fun winks and nods to the nostalgia of today and yesterday. However, it has its unique blend of what “tomorrow” will look like. This proves exactly what can be done when creativity is encouraged by studios and production companies. There’s no holding back, and because of that, we get to see what these directors' vision was. Not only did they direct the film, but they wrote and edited it as well.

Every time I thought the film was going “too far,” it reeled itself back in to have just the right amount of weirdness. Another reviewer compared it to Wes Anderson and Terry Gilliam, and I couldn’t agree more. It’s funny; I often take issue with weird films that are weird just because, however, they had a purpose, and when it was strange, it was because it needed to be to tell the story. Many things about the film feel like a message is being conveyed, but not a single one is shoved in your face. It just tells this fun story, and isn’t ashamed of doing so.

This, more than any other movie I can think of, proves my point about going into movies blind. All I had seen was the poser when Music Box Films started advertising it, and I immediately fell in love. Sometimes judging a book (or movie) purely by its cover can pay off!