Always Enjoy a Film for What It Is 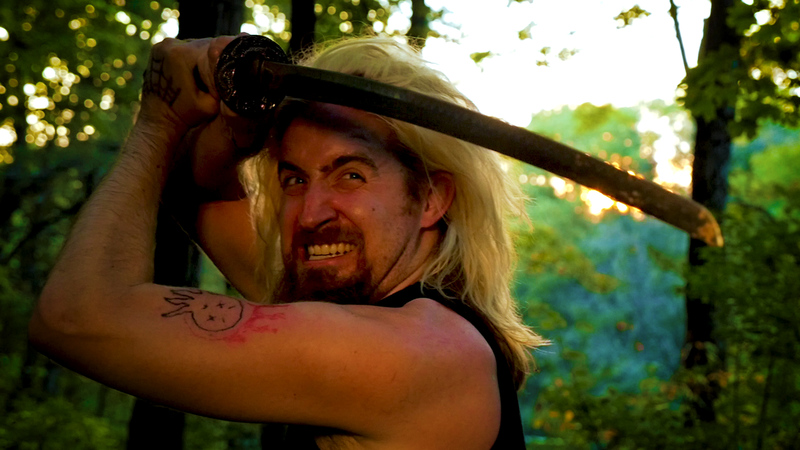 One of the most important things to remember while reviewing movies (for myself) is to review them based on their intentions. I would never go into a film titled NINJA BADASS and assume it would revolutionize filmmaking, and I wouldn't expect the next CITIZEN KANE.

“From exploding cows and bazooka cops to backwoods senseis and a deadly flying foot, strap in for a non-stop, high-octane ode to ‘80s b-flicks following one hillbilly ninja’s mission to save the world.” If you go into a movie like this expecting anything but fun, then the problem is your own. I’ve received flack in the past for reviewing films based on this understanding, but I think it's the only fair way to do it, especially when you’re rating with a five-star system. For me, a half-star is likely one of the worst films I’ve ever seen, a five-star is one of the best, and a two-and-a-half star falls right in the middle.

While this wasn’t the best film I’ve seen this year, it was fun, and that’s precisely what it was meant to be. It was over-the-top craziness with a little bit of dragon thrown in for fun. This isn’t a family film; it was made to shock and surprise and hit those marks with each scene. I caught myself being amused by certain things that I otherwise would’ve probably been appalled by in a typical film. There was one scene where someone “falls” from a window, and let me tell you, I don’t think I’ve smiled that hard in a long time.

I remember reading the synopsis initially and thinking there was no way I could pass this up. It’s a b-movie, and it knows that it is; it grabs hold of that title and never looks back. From the great car, the crazy action scenes, and the gratuitous nudity, the film seeks to make itself as ludicrous and enjoyable as possible. If you have the opportunity, I would most definitely recommend watching this with as large of a group of people as possible. I think the more people involved, the better it would be.