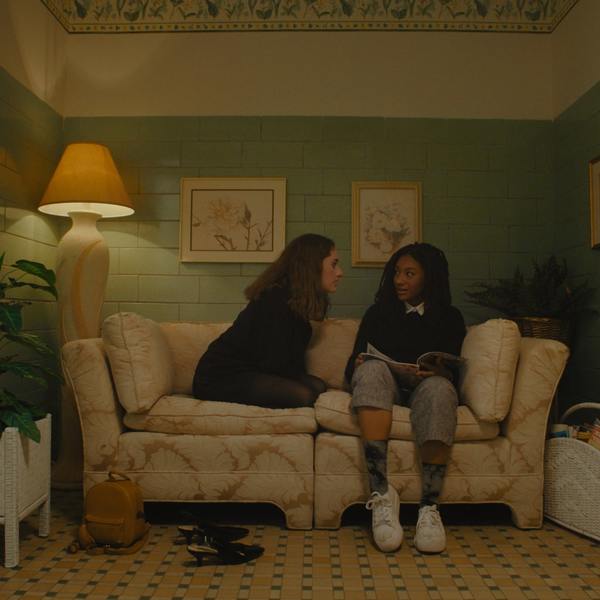 So in my personal opinion, Rachel Sennott is destined to become a star that we will all be talking about regularly. While this is only the second film I’ve seen with her, the first is SHIVA BABY (if you haven’t seen it, please do so!)

TAHARA was filmed in the same year as SHIVA BABY and is now receiving its theatrical run. For me, this is simply another must-own film without question! From first-time feature-length Director Olivia Peace and first-time feature-length writer Jess Zeidman, TAHARA contains exactly what someone would want in an independent coming-of-age film. A simple story with great characters and just the right amount of quirkiness.

Sennott’s co-star Madeline Grey DeFreece gave an equally powerful performance in a film that focused heavily on the two, and they shared the screen and impactful moments nearly equally. The film takes place at a funeral, and while it is a dark comedy, the focus mainly stays on the story between the two of them and never turns too dark. Truly films like this bring out so many emotions that you otherwise don’t see in the cinema, and I love it. From “unrequited crushes, toxic friendships, and wavering faith,” we see a rollercoaster of a film unfold in front of our eyes.

Writer Jess Zeidman started writing the script when she was 19 and suffered from what many anxious 19-year-olds do. Fresh out of school with a past life in the rearview mirror, she said, “I knew I was Jewish. I knew I was queer. I knew I wanted to make movies.” So taking these stepping stones, a script was conceived and born from these ideals.

The film is much more powerful, knowing what it was made with. “We had $100,000, fifteen days, and three lights,” said Zeidman. Often, a true filmmaker will produce the film they want, regardless of the blocks put in front of them. Sure, this isn’t the perfect film, there are some issues here and there, but it gives a character that you simply can’t fake.

This is the definition of a teenage coming-of-age film that introduced me to the idea of the “teen talk-back” session and the excellent meaning behind them but ultimately, how “woefully unprepared” teachers and parents are “to intervene in meaningful ways when faced with grieving young people.” said Director Olivia Peace

Director of SHIVA BABY, Emma Seligman, and Adam McKay are working on a new series based on SHIVA BABY for HBO. She is also in pre-production on a new film, BOTTOMS, with Sennott in it.