A Musical Mixed With a Crime Thriller 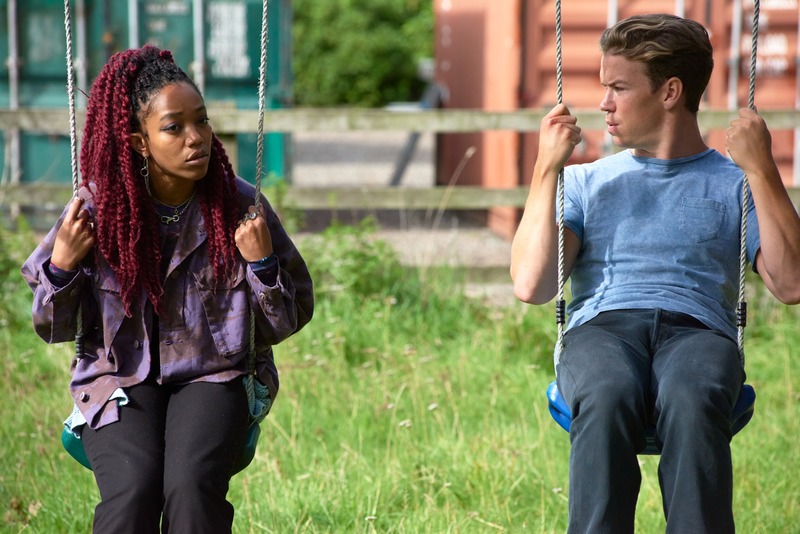 One of the simplest synopsis’ I think I’ve read and I am a huge fan of it. “Two small time crooks drive to a secluded cafe for a big 'score'.” You don’t need to give away an entire film to draw intrigue about it!

Will Pouter (BLACK MIRROR: BANDERSNATCH) offers a unique take on a character that is as deceiving as possible while also seeming more than authentic. If you’re confused by that take, don’t worry I was as well. I’ve seen Pouter in several films and while he normally plays a very consistent character I found this role to be one of the most ubiquitous of his young career.

However, my hands-down favorite was Naomi Ackie as Gloria, the waitress at the diner that Pouter visits, where the majority of the film takes place. I knew I had seen her before, but couldn’t quite place her. Then it clicked, she was Jannah (the potential daughter of Lando Calrissian in STAR WARS: EPISODE IX - THE RISE OF SKYWALKER,) and more so she played a very vital role in one of my favorite films LADY MACBETH alongside Florence Pugh.

The twist to all of this is that the film is at times a musical for no apparent reason. While it came from the producers of YESTERDAY (another favorite of mine!) I can’t find the rhyme or reason as to why this was done how it was. Honestly, I wasn’t opposed to the idea, when the film first started, I was elated with childlike excitement at the potential of what lies ahead. Sadly the randomness of it all took away some of the charms. When a song broke out, I loved it but there just wasn’t enough consistency to it to keep me hooked. Again Ackie shined bright as her moments in the spotlight were easily the strongest musically (which gives me hope as she’ll be staring in the upcoming I WANNA DANCE WITH SOMEBODY biopic as Whitney Houston.)

I enjoyed the film as a whole, the only reason it didn’t rate higher is that it was lost on me as to which it was, a crime drama or a musical with crime aspects. Falling somewhere in between just didn’t let it land the way it could’ve. I liked the idea of the story, and the romance worked wonderfully when it was focused on that. I felt like at times the musical aspect could’ve been just the telling of the romance hidden within the larger and less happy story.