Nostalgia and It Knows It 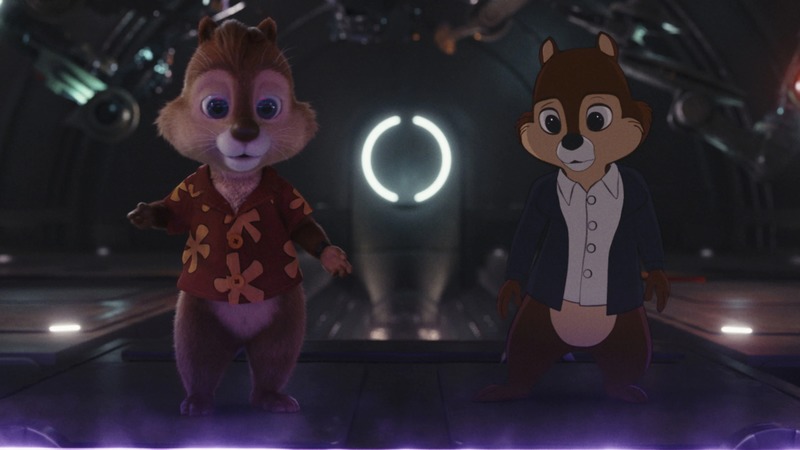 This is a unique movie; while it’s fun for the whole family, its target audience focuses on those who grew up with the animated TV series of the same name. Make no mistake, and if you’re not at least somewhat familiar with the original series, this could seem a little overwhelming or just flat-out pointless.

Although, with that caveat out of the way, I was a fan of the original series, I tuned in regularly and was invested in the heroic yet fun stories of this eccentric team of heroes. This was a hit; while the written dialogue wasn’t perfect, there were more than enough laugh-out-loud moments that gave the film an outstanding balance. This was helped by the fact that we had an abundance of fun cameos throughout the film. While I had assumed the cameos would be Disney-owned properties (and many were), there were also many welcome additions from several other studios. I feel like the team behind getting the rights for this movie had to be on par with the teams that worked on READY PLAYER ONE and SPACE JAM: A NEW LEGACY.

The experience was a nostalgic ride for me, and I was patiently waiting to see which characters would pop up and found myself increasingly caring less and less about the story it was telling. This could be a dangerous path to go down if Disney decides to make a sequel. They must remember that the draw/appeal to it isn’t about their “new adventure” but about playing in the sandbox and throwing things at the audience to see what sticks.

While I don’t want to give away my favorite moment, I will say that it has to do with another character that Disney doesn’t even own. I’ll give a hint; it’s a little blue mammal that takes advantage of its own studio's “error in judgment” when bringing it to the big screen. The meta aspect of this character made the entire movie worth the watch. I don’t often catch myself laughing out loud at movies (except for the hilarious ones); this instantly caused me to.

While I don’t know that I’d be very excited for a sequel, I would most definitely love to see more stories in this universe (if done correctly.) DARKWING DUCK, DUCKTALES, TALESPIN, GOOF TROOP, TINY TOONS, and more could be a blast if done correctly!