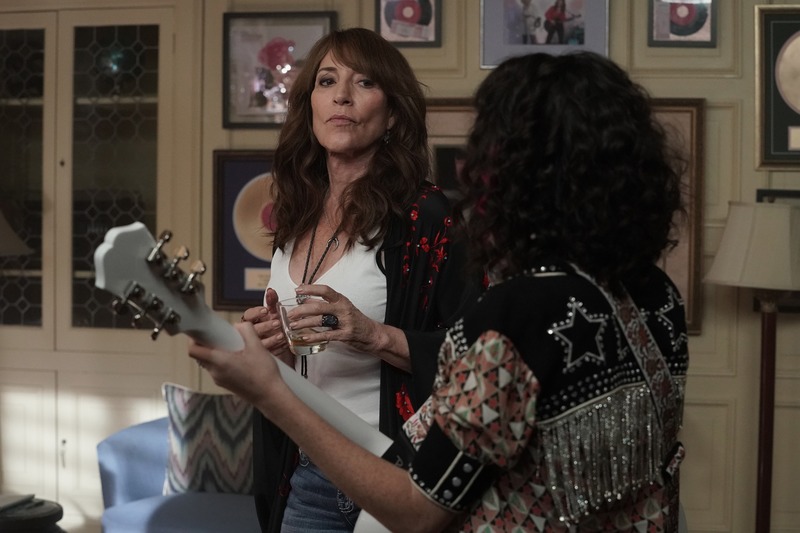 “Nothing is free in Nashville” from Blumhouse Television and EPIX teams to offer the unsettling thrill ride TORN HEARTS. An intimate look at a star past their prime and reach to recapture the spotlight. I wasn’t sure what to expect from this, Katey Sagal (MARRIED… WITH CHILDREN, FUTURAMA) staring in a horror film? Well, this was as exciting of a surprise as I had hoped. Sagal starred with Abby Quinn (LANDLINE, RADIUM GIRLS) and Alexxis Lemire (THE HALF OF IT, THE ART OF MURDER) in what ended up being an unpredictable rollercoaster of nerves.

The tagline for the film is tells everything you’d need to know while also leaving so much to the imagination “Follows a country music duo who seek out the private mansion of their idol and end up in a twisted series of horrors that force them to confront the limits they'd go for their dreams.” Traditionally I’m not a fan of country music, but the music used in the film was woven perfectly and made to fit. It’s not often that you see country music and horror mix, yet this was done flawlessly. Sagal as Harper Dutch was the perfect casting. Everything about her role was very believable, and the “hey, that’s the mom from MARRIED… WITH CHILDREN or SONS OF ANARCHY” quickly wore off in favor of me entirely buying into this role.

This is a horror movie, and I have to say that the thriller/horror elements were all there, and I have to say very well done. There were moments when I had to question whether things were CGI or real, but those were few and far between. The last 30+ minutes of the film had me on the edge of my seat with every scene on the screen, and I loved it for that. I thought I knew what was coming, but something shocked me and put me in my place each time I did.

One of my favorite parts of researching this movie was finding out that director Brea Grant was also the star in one of my favorite films of the year, MADELINES. I had no clue that she was also a director, having previously directed 12 HOUR SHIFT (which was an instant add to my watchlist!) It reinforces how and why the game of six degrees of Kevin Bacon is ultimately pretty easy, in Hollywood, rarely ever does a person only “wear one hat.”