A Different Type of Dystopian Film 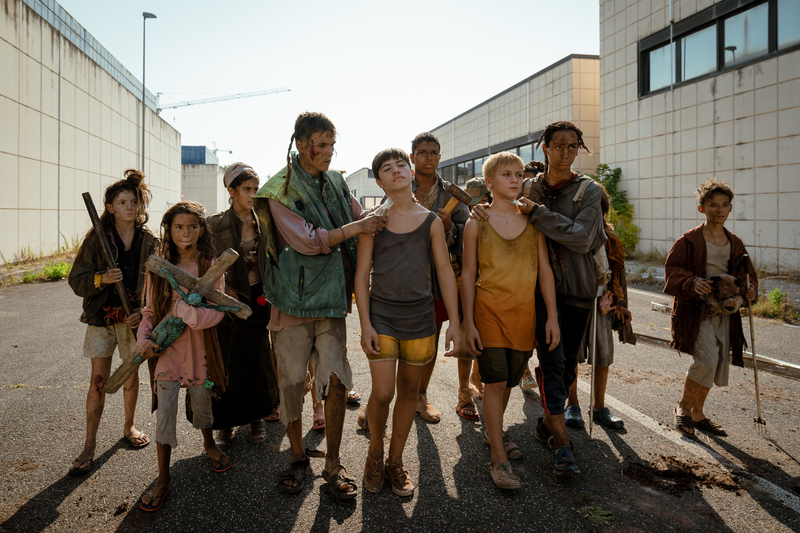 What an experience; if I’ve learned anything while reviewing movies, it’s that you should never expect something specific. One of the unique aspects of reviewing smaller films is that you haven’t been oversaturated with a constant barrage of media, trailers, and more. I take this to the next level by seldom doing more research on films I’m going to review; I’ll often read the synopsis, and that’s it (sometimes not even that.)

The deep dive into what this society is like and not just glossing over it by calling it “ruined” makes the film unique. The two young leads, Dennis Protopapa (Mondocane) and Giuliano Soprano (Pisciasotto), genuinely carry the movie into a dystopian near-future action film that puts friendship to the test. A mix of MAD MAX, WATERWORLD, and WEST SIDE STORY (without the songs) makes for an enjoyable and action-packed shoot-em-up story that mixes emotion and action perfectly. The film is a visually stunning treat with an incredible story to go over the top action.

While I would’ve liked to explore more of the world beyond what our protagonists see, I thought it was a unique take to put so much weight on their shoulders. Ultimately the story takes us on a journey where they have no choice but to “join up” to survive. You can see both sides of the story where the bad guys aren’t all bad, and the good guys aren’t all good.

First-time feature-film director Alessandro Celli is handed what equates to a blank canvas that gets to be painted in any way he desires. I always appreciate it when a director places a film in the “not-too-distant future” because it leaves so many things open to going either way. How did the world end up like this? Is this a future that could be a possibility? And so on.

I can’t go without mentioning Alessandro Borghi and Barbara Ronchi, who play roles that are just as important in different ways. However, both could be labeled as antagonists in some way. Celli says that he set the film in this future world with no rules intentionally, and I think that while the film may have worked in a modern-day setting, it allowed the story more freedom going in this direction. I’ve always been a fan of the devolved world when someone tells a story about the future. There’s something about seeing the surroundings crumbling around the film to put more weight on it.

Thanks to Kino Lorber for the opportunity to screen this larger than life film.