A Fight for the Future of Learning 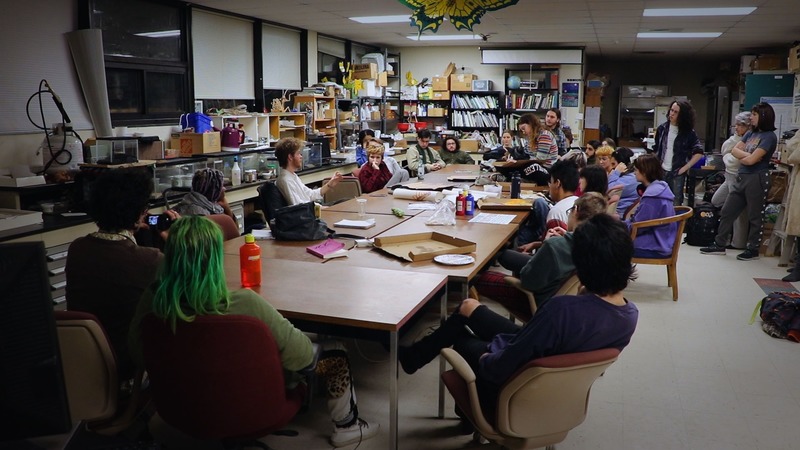 MOVIE REVIEW
The Unmaking of a College

As more colleges around the US begin to shutter their doors, this is one of the most timely films that I’ve recently seen. The film looks into the 2019 student sit-in at Hampshire College to prevent the school from giving up its independence. The tagline for the film reads “How Far Would You Go To Save Your Education?” and the answer for the students at Hampshire is pretty impressive. The sit-in lasted 75 days, the longest of any student-led sit-in at any college. “Hampshire College is a private liberal arts college in Amherst, Massachusetts. It was opened in 1970 as an experiment in alternative education in association with four other colleges in the Pioneer Valley: Amherst College, Smith College, Mount Holyoke College, and the University of Massachusetts Amherst. Together they are known as the Five College Consortium.”

The film is about the struggle that Hampshire College students faced; it was made by current students (at the time) and alumni of the school. This was an important film that needed to be made to tell a story that they were in a unique position to tell. Liberal arts are on the verge of disappearing at all school levels, from kindergarten through college. These courses and schools are vitally important, but they are often overlooked when it comes to funding. In this case, it comes down to finances, but the situation, which I won’t ruin here if you’re not familiar with the story, is different.

I was a little worried about the film's bias when I learned that it was made by students and alum of the school. You could see multiple times that the newly elected school president made decisions that weren’t in the best interest at large. Thankfully, bias was not the case; a fine line was walked, giving the school ample opportunity to resolve the students' issues.

Overall I think this film should serve as a warning and an awakening to schools for multiple reasons. The importance of individual schools that offer different opportunities needs to be preserved. In addition, the powers in charge need a stricter set of checks and balances and have to answer for their actions. While ultimately, a private institution doesn’t have to abide by the same rules as a public one, they should still act in the best interests of the students as long as they remain a viable product.

Thanks to Kino Lorber and Zeitgeist Films for this great look into a unique experience.