My Unique Perspective on a Film About My Generation 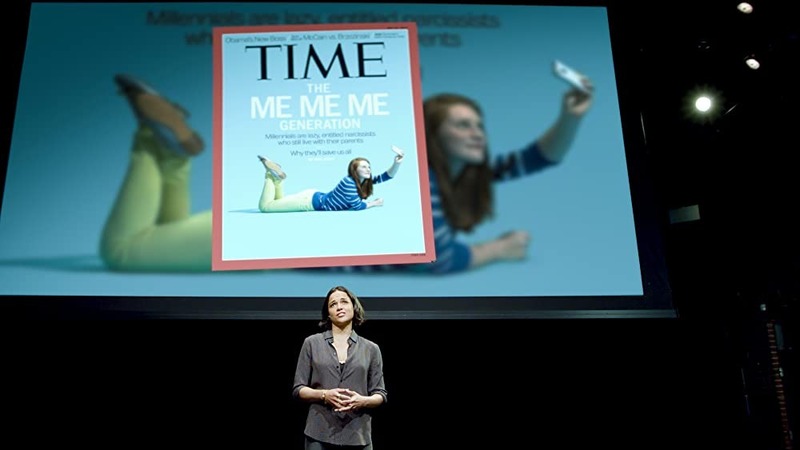 Merriam-Webster defines change as making radically different. This definition can fit a generation perfectly. Growing up, I heard constant slander about the generation known as millennials to the point where I wouldn’t own the label. I was born in 1981, which cements me solidly in the millennial generation, those born between 1977-1995 (some places list different years 81-96, but this is the most consistent breakdown.) While I may more closely fit the microgeneration known as xenial (those born between 1977-1985), I will wear my millennial tag with pride after watching this documentary! I have the unique experience of getting to write this review from a personal perspective. I get to write about my life and how it mirrors this film.

The film is narrated by Michelle Rodriguez (born in 1978); while she just barely makes the cutoff, it doesn’t change her passion for her generation. As mentioned above, I had heard nothing but the negatives about this “soft” generation for most of my life; a group of people who want things handed to them on a silver platter. I find this to be more than a little ironic as we lived through the great recession, a second (and now third) “once in a generation” economic collapse, the Boston Marathon bombing, and the rise of school shootings starting with Columbine, Iraq and Afghanistan wars, the climate crisis at its worse, 9/11, the worst pandemic in 100 years, two presidential impeachments, we are statistically the most overworked and underpaid generation and more. There is nothing like the modern world's collapse to prove what a “soft” generation is.

That isn’t to say I’m complaining; I was also born at a unique historical time. I was the link between the industrial generation and the internet generation. I can fix a computer just as quickly as I can work on household issues. I know the signs of a scam e-mail, yet I also remember vividly playing cassette tapes and VHS. I think, if anything, the events of my life have hardened my exterior and made my entire generation stand up and say enough is enough.

That’s what this entire film is about, the generation that said enough is enough and is willing to stand up for their peers and the generations that follow as well. We fight to stop climate change, not because it will help us but because it's vital for the future. We fight for fair wages because it doesn’t only help us but those coming straight out of school. This generation, maybe more than anything, will be remembered for caring about those who come after us instead of how it traditionally works. We want to hand the generations after us a better tomorrow.

The documentary also features Shailene Woodley (born 1991), who has never shied away from showing her support for activism. She was arrested and charged in October of 2016 with criminal trespassing and engaging in a riot while protesting the controversial project at the Standing Rock reservation in North Dakota.

Ultimately I think this would be a great film to show all generations as a lesson on millennials and what they stand for.