Does Music Make the City or Vice Versa? 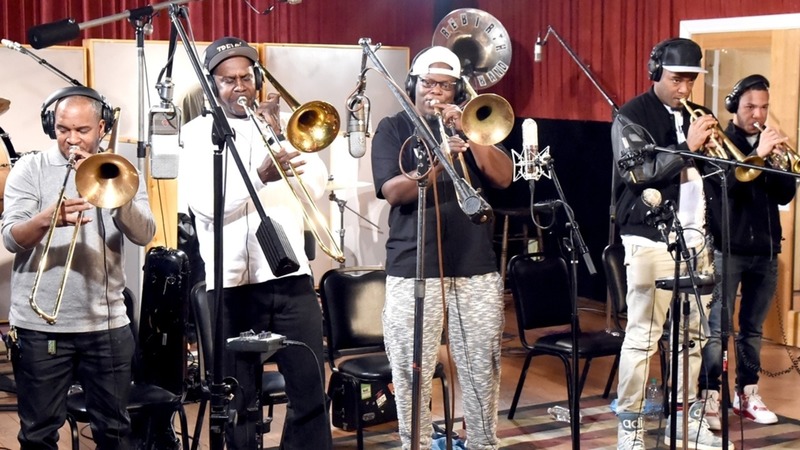 MOVIE REVIEW
Take Me to the River: New Orleans

We all know I love film, it’s my passion, but music is just as important to me. Music can truly change your mood with just a few notes; its history is vast and always fascinating. There’s no better feeling than knowing you can press play or put that vinyl on and be transported to another world just from sound.

This will be a little different than my traditional review. I had the honor to review this intriguing documentary and the soundtrack that goes along with it. What made it so great was that the film is about arguably one of the most critical states in US music history, New Orleans! Of course, Tennesse comes to mind when people think about US music (that only makes sense because 2014’s TAKE ME TO THE RIVER was a documentary by the same director about the rich history of that area.)

Film:
I was blown away, and there’s no other way to start this off; the film's synopsis reads, “TAKE ME TO THE RIVER: NEW ORLEANS celebrates the rich musical history, the heritage, legacy, culture, and influence of New Orleans and Louisiana. A true collaboration and melting pot of influences from around the World.” I honestly couldn’t agree more.

I’ve always had a fascination with New Orleans; however, I had never realized how much my musical tastes aligned with the state's roots. I want to list all of the incredible artists in the documentary. Still, it’s such a vast list from The Neville Brothers, G-Eazy, Snoop Dogg, Mannie Fresh, Ani DiFranco, PJ Morton of Maroon 5, and MANY others.

I’ve got a soft spot for documentaries, but a well-done musical documentary may be my favorite. Something about telling the story of music through a film blends the two so well.

Soundtrack:
This was my first time getting to review a soundtrack along with the film, and wow, what a way to start! A fresh mix of traditional New Orleans rhythm and countless other modern influences, big band beats throughout with all the brass you could ask for.

My endless love of the entire 25+ track album shocked me the most. I wasn’t entirely sure what to expect but was genuinely amazed. I don’t remember the last time I was able to put an album on and enjoy it from start to finish, let alone an album with varied artists.

One of my favorite parts is that there were coverages of so many different genres. There was a fantastic mix, not only on separate tracks but within the same songs. It wasn’t just traditional brass band music, and it wasn’t just modern R&B/rap.

If you’re a fan of music, I can’t recommend this enough. Not only is it educational, but it's fun as well. The only thing that makes the film better is combining it with an outstanding musical accompaniment. I watched the documentary first and then listened to the soundtrack. Although I had some suggestions after the fact to do it in reverse order, so the choice is truly yours.

For more information on the film, check out takemetotheriver.org/new-orleans/