I Love When a Horror Film Makes You Think 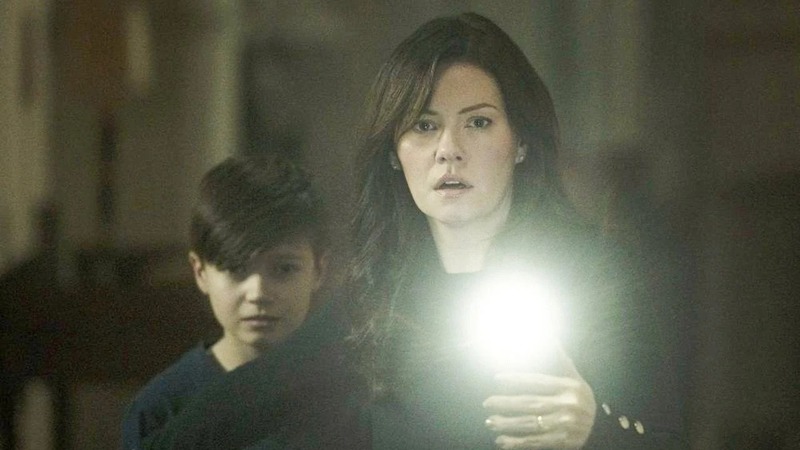 Coming this Friday to select theaters and streaming on Shudder is probably one of my favorite horror films of the year. It was unique and captivating throughout; it is a psychological horror and has a fantastic atmosphere. One of those films that make you think and look over your shoulder as you’re watching it. If you think you may want to watch this, please don’t watch the trailer; as is the case far too often, I think the trailer spoils more of the film than it should.

The key to horror is suspense; it’s making you feel like there is ultimately something at risk in your world, not just what you’re watching on screen. That’s hard for a film to accomplish; it needs to pull you in and encompass you in the events to make you feel like you’re part of it all.

The film is shot and takes place in Ireland; this is pretty straightforward as most of the cast has some form of an accent (at least from what this American can hear.) The notable exception is the lead of the film Elisha Cuthbert (Keira Woods), who spends most of the movie trying to convince others that something is afoot concerning her daughter's disappearance, played by Abby Fitz (Ellie Woods.)

While Cuthbert gained popularity from films like THE GIRL NEXT DOOR and the TV series 24, she has evolved into a seasoned actress, and her character in this film shows that. Keira is a powerful character that battles the dark side for her daughter and covers a wide range of emotions throughout the film.

The sky is the limit with a well-written film; this proves my point that a horror film doesn’t have to be one specific thing to fit a mold. I hope more directors take chances and do something unique; this is a fun play on the traditional haunted house style film.

So I was a little letdown but incredibly impressed with how this one ended. That probably sounds a little odd, but it’s the truth. I still don’t necessarily know how I feel about it. On one side, I’m crossed because I wanted Cuthbert to be the heroine and truly rescue everyone. While at the same time, I’m happy that it didn't fall into the trope of the “happy horror ending” that far too many modern-day horror films do. While not necessarily a spoiler, I do wish that Abby Fitz would have gotten more screentime; her character was interesting, and while the key to the entire film, I feel like we missed the opportunity to see what she was all about.