Psychological Horror With the Twist of a Classic Thriller 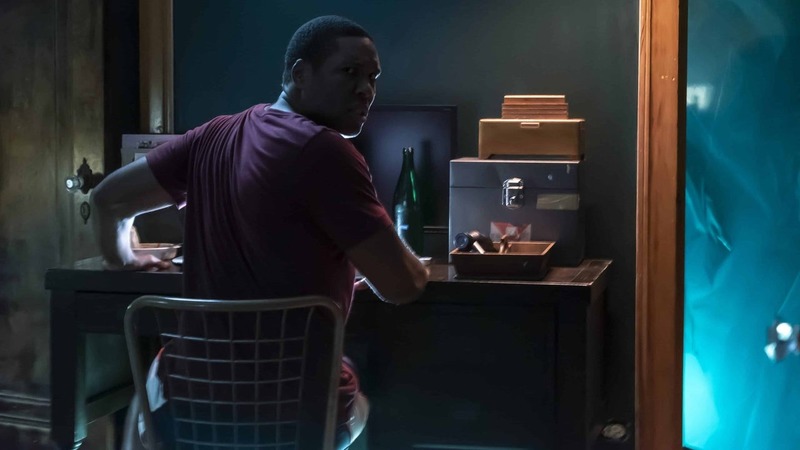 Where to start? A relatively good film but also missed the mark for me. Let me rephrase that two-thirds of the film was an interesting character study of agoraphobia and ghost hunting. The last third seemed to lose its way with two new characters who did little to add to the larger story and some questionable CGI.

Overall, Geno Walker (Ken Barber) did a great job with the story he was given. I know many people were bashing a particular repetitive element of the film, but it showed the decline and mental state of the character. Walker played the role well; you could sense the ups and downs throughout the film. I was genuinely invested in the story until the last part, where, unfortunately, it felt like there was a massive disconnect in writing.

I admit that the way the film was shot made for some challenges, which may have been part of the lackluster ending. With the characters not able to physically interact with each other, it stole some of the thunder on what may have been a more impressive conclusion to the film. Another issue I had, and I’m not sure why but the jump scares throughout the film didn’t land for me. It’s odd because I could te what they were there for, but food some reason, they just didn’t do it (maybe I’m just desensitized to scares now, lol.)

The setting for the film alone makes it a worthwhile watch; while it doesn’t directly state it in the movie, I feel like the entire story is somewhat of a play on the state of the world today as we slowly come back from the peaks of the COVID pandemic. I regularly question if I should do some things that I wouldn’t have thought twice about in a pre-covid world.

I have two more Shudder originals coming up THE CELLAR (with Elisha Cuthbert) and VIRUS: 32, an interesting new twist on the zombie genre.

Overall, Shudder has impressed me more than I thought it would; their original films, while maybe not perfect, offer interesting original content to the horror genre littered with a lot of cheap direct to video cash-grabs. I’ve seen a lot of films in just the AMITYVILLE franchise alone that feel like they were put together in two minutes, and then the team went on to the next movie.

SPOILERS:
So Michael Shannon was technically in the film, but I felt like this may have been because he lost a bet or owed something to someone. From what I can tell, the role was small and done entirely remotely (although that may have been done intentionally because of the webcam aspect.) Lawrence Grimm (Colin Albertson) went too over the top with the crazy at the end; it was a film that felt like it was written and directed by two different people.