A Coming of Age Film That You Need to See 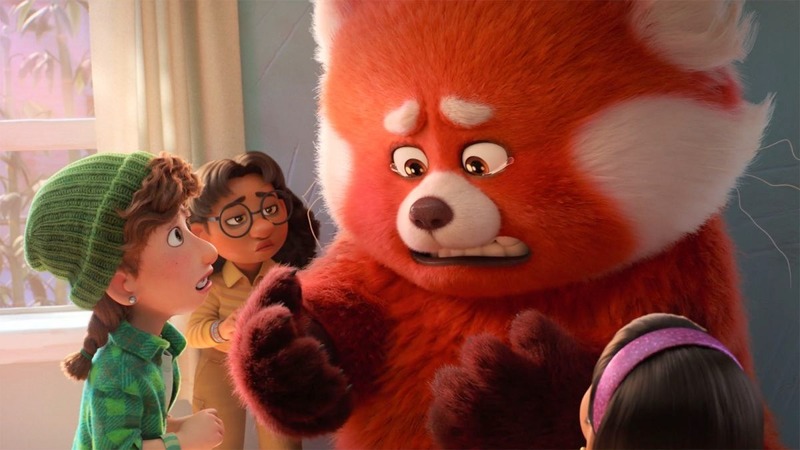 I get why some people may find this film a little uncomfortable. However, that’s the biggest problem with the society we live in today. There is absolutely nothing taboo about a woman’s transition into womanhood. You’re likely part of the problem if you think there is. I think this was a brilliant film and truly am impressed that Pixar/Disney had the courage or forethought to do this.

I’m sure that, like so many others, some people will take offense with my appreciation of this film. I can’t stress enough how important it was for a movie for kids to cover topics like this. We can’t make things like this taboo and then question why young women have as many concerns as they do. Normalize talking about life and what happens when we grow up and go through changes. I will say that I am lucky enough to have a daughter that I got to enjoy this film with, there were questions, and now there’s a better understanding of how life works.

Beyond the elephant in the room, this was a gorgeous film; the animation was standard Disney/Pixar (not that I would have expected anything less.) I still miss hand-drawn animation, but if this is the future, it’s going to be a pretty future. I find it amusing that hair was something that animators wouldn’t have even thought of back when TOY STORY made its debut in 1995. We have a full-blown red panda covered head to toe in some of the most gorgeous flowing hair I’ve ever seen on screen. Ironically, Pixar is taking some notes from my favorite animation studio (right behind Cartoon Saloon), and they’re making food look incredible like Studio Ghibli.

About 90% of the story was brilliant, although I do think that it got a little derailed towards the end. Overall, I believe that using emotions and learning how to control them is such a beautiful parallel. The voice acting was on point as usual; I was particularly impressed with Rosalie Chiang (Meilin); with only four acting credits to her name, she truly impressed with making this character her own.

My only real issue is that I think the run time of almost two hours was a bit much, especially for a film directed at kids. That’s my take, but I think they could’ve edited it down a bit and still had it be just as impactful.

100% thanks to @jessiejuwono on Twitter, but I couldn’t stop laughing when I read this. “OH MY GOSH I just realized … because Turning Red takes place in 2002 … that it’s technically a PERIOD PIECE!!!”