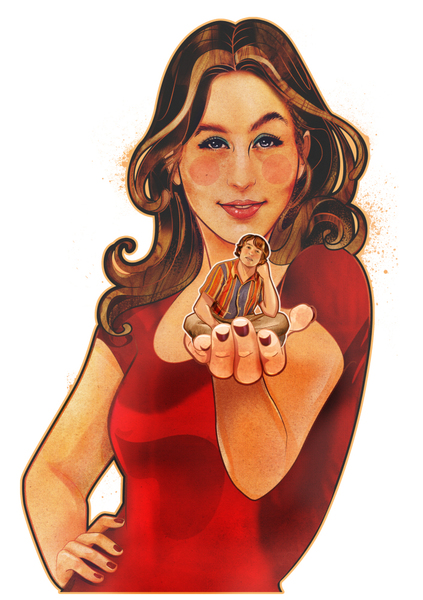 I go into greater detail at the end of the review, but for now, I will just say that I had a significant issue with the story and how it was handled. There has been a lot of coverage about the handling of some dialogue and nearly “racist” comments in the film. I found those moments to be problematic, but in a way that you could tell it was to show the time and just how bad some acceptable things were. You could then argue my more significant issue with the film was the same, but I couldn’t look past it. I feel like somewhat of a hypocrite, and I am still processing a lot of the film. Please keep in mind that there are many dated things in this movie; it takes place in 1973 and doesn’t shy away from portraying how it was.

The film itself was excellent, from the cast to the direction; that’s why it’s a shame that it had the issues it did. For a movie that runs a little over two hours, I was locked in the entire time; there weren’t a lot of slow moments. Throughout, some oneliners were brilliant, and the story itself was simple yet very effective.

Alana Haim (who has a successful musical career with her sisters in the band “Haim”) and her co-lead Cooper Hoffman are both pretty much newcomers to the acting world. They manage to both be brilliant onscreen and play well off each other. Haim has some more experience with her music videos and different limited roles.

Sean Penn, Tom Waits, John C. Reilly, and Bradley Cooper all have more minor roles. Each manages to make the best of their time on screen. Reilly is a blink, and you’ll miss it, cameo, thankfully his voice is iconic and hard to miss.

One of the most complex parts of film critique is when you both enjoy and dislike a film, regardless of the reasons. Some say a 2.5 is a terrible rating, but by definition, it’s right in the middle (for me at least!) People will disagree with me, but I feel the 2.5 rating is when you’re entirely crossed and can’t decide.

I usually don’t do this, but I need to explain my reasoning. If you haven’t seen the movie, please don’t read below because I hate the idea of spoiling anything for anyone.

BE WARNED, SPOILERS BELOW:

Ultimately director Paul Thomas Anderson said this was done intentionally. However, it made the film hard to watch. There was a chance to redeem the film in the end, yet he went in the opposite direction and just nearly ruined the entire experience. I’m sure I’ll receive some hate for this section specifically. Still, I feel Hollywood has enough issues to deal with right now without glorifying this type of relationship (which is also terribly toxic.)

Where to watch: In Theaters only.