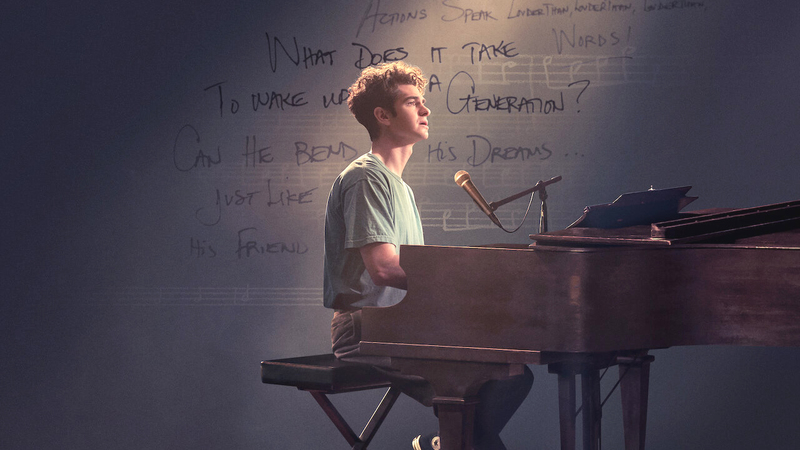 While not 100% accurate, this semi-autobiographical film about American composer, lyricist, and playwright Jonathan Larson (“Rent” Broadway production) played to its strengths. It hit every note just right.

While not a perfect film, it does have faults throughout; however, it also truly impacted me. I didn’t know anything before seeing the film, and that is just as I prefer. I like going in blind as often as possible. While doing the “Oscar Deathrace” (the attempt to see every Oscar-nominated film every year before the Oscars), I usually have films that I “need” to watch, and that gives me the ability not to have to know what I’m seeing. I know that’s hard for many people; trailers and what films are about often are what draws people in. It doesn’t always work out, such as “In the Heights” and “Dear Evan Hansen.” I’m a sucker for a good musical, but neither of those lived up to what I was hoping for.

While Lin-Manuel Miranda was involved heavily in creating “In the Heights,” this was his directorial debut, and what a way to start! I was impressed throughout, from Miranda’s directing, Steven Levenson’s writing and most of the cast’s performance. Andrew Garfield stars in this while I feel like he’s been on a bit of a cold streak lately; he makes this role his own. Alexandra Shipp (“X-Men: Apocalypse,” “Straight Outta Compton”) co-stars in a genuinely heart-wrenching role; she sells every scene she’s in and makes you feel exactly what the scene is meant to. Both Robin de Jesus and Vanessa Hudgens have more minor roles in the film, but both were incredibly memorable. They both managed to steal their scenes and leave you captivated. Hudgens over-the-top emotes and de Jesus’ very telling scene later in the film could change the film’s entire pacing in a moment.

I’m usually not super excited about films that come straight to Netflix; it’s not so much that I’m against Netflix (although there could be a conversation for that.) It’s more that Netflix has watered themselves down with so many releases, and they aren’t consistent in quality at all. Sometimes you can end up with one of my top five favorite films of the year so far (in this case), or you can end up with some weird “Hallmarkesque” style film that has acting that leaves you scratching your head. I’ve heard that “Red Notice” was a pretty decent film (I hadn’t heard of it until I saw a random poster at the theater a few weeks ago.

I also saw “King Richard” this week and am hoping to catch “Ghostbusters: Afterlife,” “Encanto, and “House of Gucci at some point over the next week. I normally wouldn’t split up my review like this, but I’m a bit biased towards “King Richard” because not only do I love Will Smith as an actor, but I also grew up only a few miles down the road from Venus and Serena Williams (the film is about their childhood.) It’s available to stream on the ads-free version of HBO Max, and while I enjoyed it, I don’t think I would recommend signing up without a free trial.

It finally feels like the actual start of Oscar season; I usually get that feeling in early October. I guess since the Academy pushed back the eligibility date, the films pushed back as well.