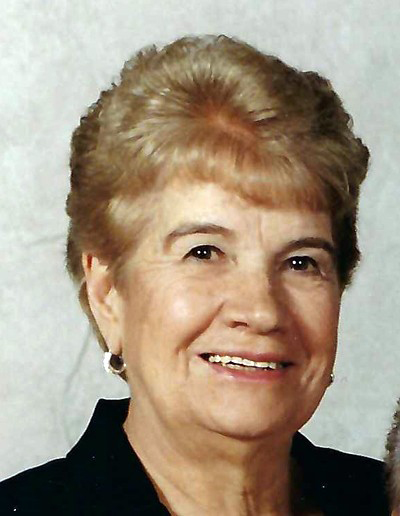 Maribelle Schopp, 89 of Minier, Illinois passed away with family by her side at Pekin Manor on Sunday, November 14, 2021.

Maribelle was born and raised in White Sulphur Springs, West Virginia.  She graduated from Greenbrier College and married Joseph E. Schopp on November 15, 1952 who preceded her in death on June 3, 2003. Also preceding her in death was one grandchild, Austin (Dunniway) and one sister, Hallie Childers.

Maribelle Schopp spent the majority of her working years at Eureka-Williams and most notably at General Electric where she spent over 23 years and retired in 1992.

Maribelle enjoyed spending time with her grandchildren and is known for making “pancakes by candlelight”, playing card games, cheering on the Cardinals, crafting, and riding bikes.  Maribelle had a large heart for helping others in the community through her work with T.O.P.S., teaching CCD at St. Joseph’s Catholic Church in Hopedale, babysitting, and other numerous activities.

Maribelle Schopp will be missed greatly by all who have been touched by her kindness, compassion, and generous spirit.  Donations may be made to Pekin Manor Activities or St. Joseph’s Catholic Church in Hopedale on Maribelle’s behalf.  Private family service was held Wednesday November 15, 2021, which will be followed by a Celebration of life in the Spring of 2022.

Haensel-Oswald Funeral Home in Minier is handling the arrangements.