The Origins of Halloween 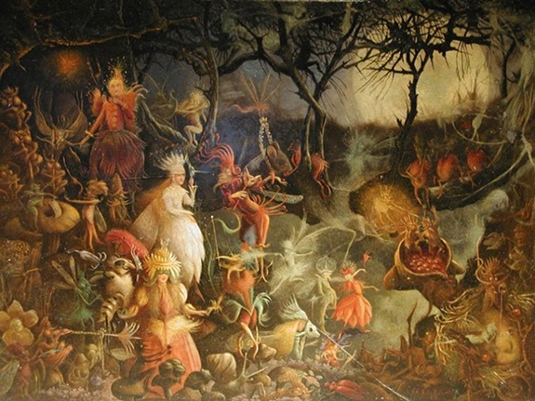 One of the world’s oldest holidays, the origins of Halloween pre-date much of recorded history. A form of Halloween was being celebrated by Celtic peoples in Northwestern Europe, Ireland, and the United Kingdom long before Julius Caesar fought for control of those areas. Since those times, Halloween has evolved in a fashion that would come to mirror the traditions and values of each country it is celebrated in.

Originally, the holiday started with the Celtic holiday of Samhain (pronounced “sow-in”) which marked the end of the summer harvest season and ushered in the dreaded winter. Celts believed that the night before the end of the season, the line between the living and dead became obfuscated; allowing the spirits of the dead to come back to the world of the living to create mischief. Celts also believed that the presence of these spirits allowed their priests (Druids) to foresee the future with better clarity. During these fortune telling ceremonies, the Celts would often dress in costumes made of animal skins and heads.

Eventually, the Roman Empire would take control of Celtic lands and implement 2 notable holidays which took place around Halloween. First was Feralia, in late October, which was meant as a day to honor the dead. The second was to honor Pomona, the goddess of fruit and trees. This holiday is widely believed to be the root of the modern day tradition of bobbing for apples. After some 400 odd years, the Roman Empire would wane, to be replaced by another power structure.

The early Christian church and Halloween got off to a very tumultuous start. Historians widely believe that All Saints Day is an attempt by the clergy to replace Halloween with a more “church friendly” holiday that aligned more with their beliefs. However, The Protestant Reformation would breathe new life into old traditions. Eventually, believers of fringe Christian movements would make their way to America to avoid persecution. Not surprisingly, regional Halloween traditions were dictated by the local religious customs. During the time of an influx of Irish immigrants, thanks to The Great Potato Famine, which helped revive some Halloween fervor. Since those days, community leaders have generally attempted to make Halloween a more community involved affair.

Today, Halloween is considered a family friendly event, with Americans spending an average of $102.74 on the holiday every year.