A Brief History of Mackinaw 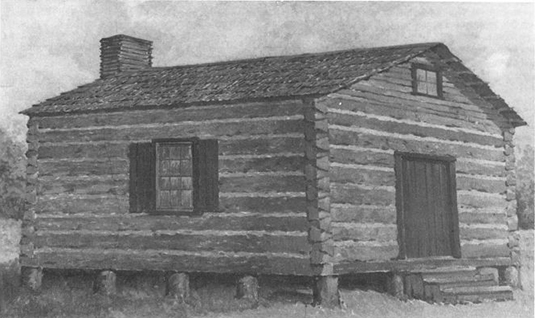 Originally the first seat of government for Tazewell County, Mackinaw draws its name from the local Kickapoo Indian tribe that was said to live in the western and south-western parts of the county. During this time, local tribes were still dealing with some upheaval caused by local events and friction between tribes. For a period of time, the Kickapoo Indians were not considered friendly to non-natives, but were subdued in part due to influence from the local Potawatomi tribe. Luckily, the Potawatomi tribe was superior in numbers compared to surrounding tribes. Eventually, Kickapoo Chief Mackina would come around and begin the process of building neutral, if not friendly, relations with local settlers. Unfortunately, due to national events in 1832, local tribes would largely evacuate from the state of Illinois.

In 1828, Tazewell county’s first courthouse would be erected in Mackinaw - a drawing of the courthouse shows a sturdy appearing log cabin with front steps, a fireplace, and at least 2 windows. By 1837, The Mt. Pleasant Church had been built at the behest of a man named James A. Linsey, who moved to the area with his wife, from Kentucky. The church would decide, in 1851, to change their name to Mackinaw Christian Church. During the rest of the 1800’s, even into the early 1900’s, Mackinaw continued to add to its collection of public buildings, most notably The First National Bank in 1905, which is now where Henderson-Weir Real Estate is located.

In 1916, a group of boys said to be hauling gravel on a farm about a quarter mile from the Mackinaw River uncovered what is now known as The Mackinaw Cache: a collection of 40 “bifaces” (a piece of stone that has been worked on both sides) now that to be roughly 2,000 years old. The boys quickly divvied up their find and, within days, the bifaces were in the hands of collectors. In 1917, the Curator of Anthropology said of these bifaces, “Undoubtedly, they represent the most skillful work in stone flaking that has yet been found in this country.” A local collector, Frank W. Aldrich took the time to locate as many of the bifaces that he could and would eventually donate them to The Illinois State Museum in 1948.