James Bond: No Time to Die 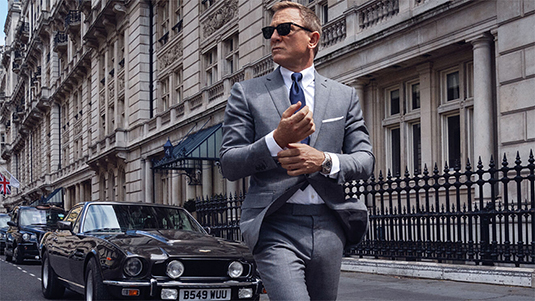 “Bond, James Bond”… One of the most classic lines ever delivered in cinematic history, right up there with “No, I am your father.” The 25th film in the James Bond franchise, produced by Eon Productions, is also Daniel Craig’s fifth and final outing as the titular character of James Bond.

The series itself has had a lot of ups and downs, as had Craig’s run as the character. As one of the highest-grossing film franchises of all time, James Bond is a timeless character that has evolved dramatically over the years (but maybe not enough.) Sean Connery: 1962–1967, 1971 and 1983, David Niven: 1967, George Lazenby: 1969, Roger Moore: 1972–1985, Timothy Dalton: 1986–1994, Pierce Brosnan: 1994–2004, and Daniel Craig: 2005–2021 have all played James Bond over the years (to various degrees of success.) As mentioned above, “No Time to Die” is Craig’s last time playing Bond, and the future is very open to debate. I’m open to any change in the character; I know many have been up in arms with the possibility of a female or person of color playing the role, but if you’ve read the books, you’ll know that the title 007 is only that just a title. There was some debate in the past about the name James Bond being part of the 007 title as well; this film helps put that rumor to bed. I’m excited to see where the franchise goes in the future; without giving anything away, this film opens a lot of doors and shuts just as many. The Craig run as Bond has changed a lot about the franchise’s tradition, from being a shorter blond hair, blue-eyed version of the character to the first proper reboot of the film series.

For “No Time to Die” I was impressed, but please keep in mind that there have been few Bond films that I didn’t like. I just know exactly what I’m getting myself into when seeing one of these. No Bond film will be an Oscar front runner (for the main categories), but they are a blast (often literally) and a fun mindless popcorn flick. The newest Bond films have attempted to change the mindless part, being interconnected and having a more cohesive story; they offer something closer to the MCU than the traditional standalone films (outside of a few exceptions.) This film brings back some characters from the past and ties up Craig’s run into a nice end that leaves a few questions but could also be considered an end just as quickly.

Two of the best surprises to me were the roles of Ana de Armas (as Paloma) and newcomer Lisa-Dorah Sonnet (as Mathilde.) Both are new to the franchise, and both had very memorable roles, with de Armas’ being shorter than ideal. Unfortunately, just as impressed by their roles, I was equally let down by Lashana Lynch (as Nomi) and Rami Malek (as Lyutsifer Safin.) I’m a big fan of Malek, but I just felt like he missed the mark as a Bond Villian; while he had some potential, he just didn’t have the same charisma as many others from previous films.

As per usual, the film didn’t pull any punches in terms of effects, cinematography, and sound production. The Bond franchise, especially as of late, has been known for its quality in terms of the visuals presented for you, indeed a treat for all!

Where to watch: In Theaters Now