by Erin Dederich
Published on October 3, 2021 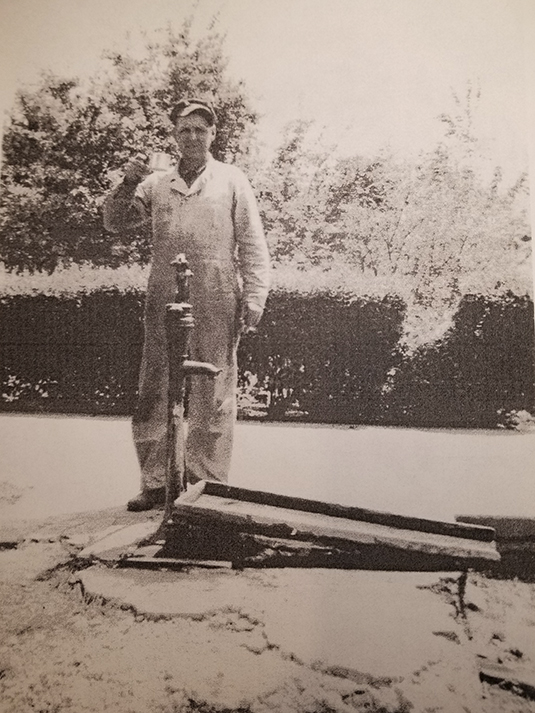 The Town Well restaurant in Stanford closed its doors on October 1st, due to their lease not being renewed, but with hopes of finding a new location someday soon. The small-town bar and grill was well-known for its top-notch food and service, recently receiving multiple recognitions in The Pantagraph’s Reader’s Choice Awards including 2nd in “Best Cheeseburger,” 3rd in “Best Horseshoe,” and in the top 5 for “Best Steak.”

The previous bar closed down and this is when the community approached Jack and Angie Anderson to open a venue in this same location. Angie stated, “When we made the decision to give it a shot, our main drive was community,” so they opened their doors for the first time on December 2nd, 2017. Their focus was taking care of the citizens of the surrounding small villages.

Jack and Angie decided to research Stanford, Illinois, before creating a meaningful business name. They looked through This is Stanford Too! by Marion Nafziger. This is where they saw a picture of the first town well dug in Stanford located in front of the Village Hall next door to the pub’s location. It read, “Legend has it that anyone who drank from this well would always come back to Stanford," thus the birth of the restaurant name, The Town Well.

Most customers were from the Olympia District and the Bloomington/Normal area. On special nights, people came all the way from Mt. Zion, Paxton, and Washington, just to name a few places. The biggest menu highlights were $2 Cheeseburgers on Sundays, Thursday Steak Nights twice a month, and monthly Fish Frys. The Frisco Melt was known to be another popular menu item.

The new location of The Town Well is still being determined but hoping to stay in Stanford. Customers have already started making complaints about the closure, missing the food, and ultimately the hangout experience. The restaurant brought the community together as a whole and was great for this small town. Hopefully, The Town Well will be back in the near future.