Lady of the Manor 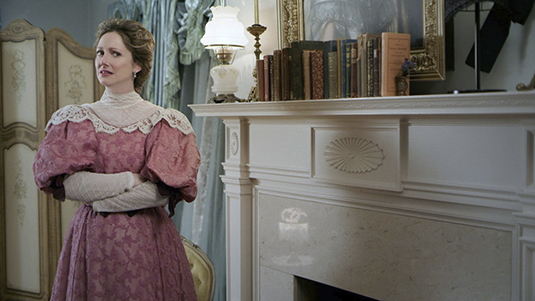 The film was Justin & Christian Long’s directorial (and writing) debut. A cast straight out of the ’90s, including Melanie Lynskey (Heavenly Creatures,) Judy Greer (13 Going on 30,) Justin Long (Accepted,) Ryan Phillippe (Cruel Intentions,) Luis Guzmán (Boogie Nights,) & Patrick Duffy (Step by Step) this felt every bit as dated as you’d imagine. As much as I appreciate Justin Long’s acting in general, he picked a stinker to start with, unfortunately.

If you’ve seen any of the 2000’s National Lampoon films, then this will, unfortunately, seem far too familiar to you. While this was produced by some lesser-known studios (Digital Caviar, Hungry Bull Productions, Mirror Image Films), it was distributed by    Lionsgate, a massive company in the ‘90s. Movies like this were and continue to be pumped out direct to “video,” especially with the rise of so many streaming services.

“Accepted” is probably one of my favorite go-to comedies, right behind “Step Brothers.” As mentioned above, I think Justin Long has a consistent track record in his performances. His role in this, while not a lead, was equally as solid. Melanie Lynskey’s lead felt like she was trying too hard from start to finish; the over-acting made her performance nearly unwatchable. Thankfully Judy Greer’s co-lead made the film far more tolerable; she came to the rescue with some fun one liners and solid banter.

The story felt predictable, and the lack of originality hurt the movie. Had there been some twists and turns, or maybe some more creativity, then perhaps it could’ve been saved. I don’t lightly give any film a half-star rating. Even some of the terrible “Amityville” films I’ve seen got higher ratings. You could feel the love and passion that went into those; with this film, it felt like they just went by the numbers and played it far too safe. I have no problem with foul language or inappropriate gags, but it felt like they were forced here instead of just being natural.

I cannot recommend “Another Period” the TV series if you’d like to see some humor that feels like it’s from time. It has crass humor and succeeded in every way this film failed. The only part it doesn’t have is the combination of the two time periods that this had. “Another Period” co-stars Riki Lindome, one half of American comedy–folk duo Garfunkel and Oates. If you haven’t listened to anything by them, I would consider their music the modern-day equivalent of Adam Sandler’s comedy albums.

I’m still hoping to see “Dear Evan Hansen” this weekend and will return with my thoughts on it shortly after I see it. I haven’t seen the play, but I have listened to the “Dear Evan Hansen Original Broadway Cast Recording” and loved it as a whole. I’ve intentionally gone blind on this, and I don’t want to know anything about the cast or the feeling of the film itself until I see it.

Although my suggestion would be to pass on “Lady of the Manor,” I will still do my part and share where you can see it. I can say that it doesn’t feel like it would be worth your purchase price; if you want some mindless entertainment, I suggest scrolling through Netflix’s comedy section and picking at random; you’ll probably enjoy it more.

Where to watch: Available on most VOD apps starting at $5.99, such as