Fire At The Roadhouse

by Erik Malmgren
Published on September 12, 2021 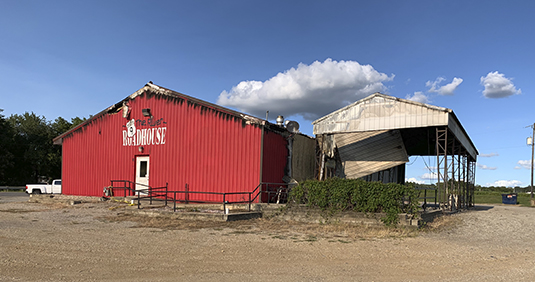 In the early morning hours of Sunday September 5th, a structure fire occurred at The River Roadhouse, 30573 IL-9 in Mackinaw. According to Training Officer Roger Benhoff, of the Mackinaw Fire Department, firefighters reacted to the initial alarm at approximately 4:37 A.M. and 13 firefighters were soon on the scene. Before long, the decision was made to also bring in units from both Tremont and Minier Fire Departments for extra assistance. Working under clear conditions, firefighters battled the blaze for about 4 hours before being able to extinguish the flames, with no injuries reported.

Referring to an Illinois State report that The Mail has yet to obtain, Training Officer Roger Benhoff reported that the fire is believed to have started in the southwest corner of the building as a result of a faulty electrical box. When asked about the damage that occurred to the interior of the building, Roger responded “Gutted. I believe it will be a total loss.” A dollar estimate of damage is not immediately available.

The Mail has reached out to the owners of The River Roadhouse and the Illinois State Fire Marshal. Neither were available for comment at  time of publication.