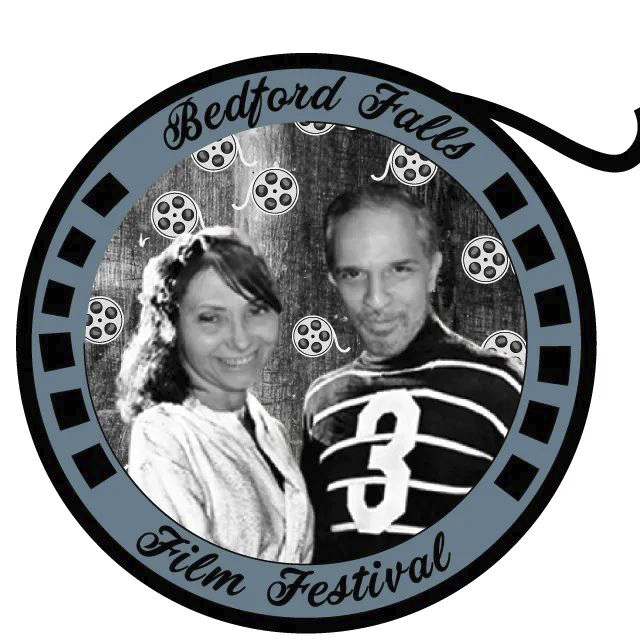 I got to view a great selection of short black and white films and several Q&A sessions with directors and cast. This was such a great experience; I have limited space here, but please feel free to check out my entire reviews on my Facebook.

Most importantly, support these creators, sometimes just watching their available films (which will be included on my Facebook reviews.)

Lastly, the films and associated Q and A panels are available to screen online from August 30-September 5, 2021, on The Art is Alive Magazine's digital platform. This is the publication owned and operated by Cindy Mich, one of the founders of Bedford Falls. The cost is $10.00, and the link is www.theartisalivemagazine.com.

I’ll be honest; I have a hard time with films about the Holocaust. It was such a terrible time in history, and after watching “Shoah,” I feel like I’ve seen everything there is to offer. Then comes along a beautifully shot film that touched my heart in ways I would’ve never expected. A story that is timeless and yet perfectly timed. Somehow through all else, two of the most unlikely people became friends. This story was so enjoyable; it ultimately makes you wonder, if these two extreme opposites can become friends, is the sky the limit? What hit me the most was the visuals of this film; for the most part, it was just shots of faces during the interview, but let me tell you, this was visually stunning!

When I started reviewing films, I decided to always be honest (hence Overly Honest Movie Reviews.) However, I also decided I would never trash a movie, these are all works of passion and should be appreciated and treated as such. I will say that the way this was film, it felt a little off. It was almost as though it had an uncanny valley effect to it, although the actors were real, they looked slightly robotic. That very well could’ve been because of the way I viewed the film but just what stuck out to me. I loved the story, and I think it had a great use of color (the films in the Bedford Falls Film Festival are supposed to be black & white but occasionally have some color in select spots.)

I was impressed with this film from start to finish, this was the director’s first film, and you never would’ve known it. From some great cinematography, sound, and acting throughout, I was in awe when he explained that it was his first film and that there were many things he would’ve changed about it. I loved the simplicity of the story as well, sometimes less truly is more and this was a great example of how powerful a simple story can be.

This was so much fun; it was a Pilot for the series (now consisting of 11 episodes.) I will be checking out the rest of the series when I get the chance. This had so many great moments and simple one-liners. Sometimes comedy is more challenging than any other genre, yet they nailed each joke wonderfully. This was one of the exceptions to the black and white rule for the festival. I would’ve been interested to see it in black and white, though. I bet it would’ve added a great feel to it.

This was probably my personal Favorite! A powerful film with a simple premise. (I love the Belle De Jour poster); it was so straightforward. The story was perfect, and the twist was perfect. It truly felt like I was watching real-life vs. something filmed. I loved the look of film vs. digital; it gave it more of that mystical feel. I've always loved any story with the "Devil," especially when portrayed by a "person." It reminded me of Jason Lee's version of the Devil from "Dogma."

Glory is Fleeting
Director: Mark Kilcoyne
www.imdb.com/title/tt14147816/
This is probably my second favorite of the bunch, a nearly silent film with such an intriguing main character. I was glued to the screen the entire time. Dayton shined as the main character of this film, every ounce of emotion was shown through him in each scene. It speaks volumes about a movie when emotion can be seen so vividly with little dialogue.

While vaguely speaking, I'm usually not a huge fan of "artistic" films, especially artistic ones that are artistic just because this one, though, is an excellent exception to that rule! I was captivated from the first frame through the last. Two characters, two very powerful characters tell a story through a poetic narrative that asks some simple questions but makes you think. This film defines contemplation; the thoughts of “what if” are crucial and are what the film’s journey is about. Personally, one of the best qualities of a movie is when it leaves me wanting to know more; when I want to see a few seconds more, the next decision, the next comment.

Bravo! This was wonderful; I love that Chianese used his restrictions of having to use an older film format as a positive. I love the horror genre, especially classic horror. This felt like the best mix of Night of the Living Dead, Frankenstein, Black Sunday, and just a touch of Frankenweenie -Live-Action version (sounds odd, but I love Tim Burton, and this gave me some Tim Burton Vibes.) The look and feel of this film made it such a wonderful experience.

This was such a great film; I loved the style used via the director’s own voice-over, not to mention some incredibly edited footage to tell this story. I have a long history with motorcycle racing programs for special events. So this was very interesting! I knew a lot about the Isle of Man TT. However, this offered an entirely new perspective on the sport. Having dealt with a lot of racers personally, they indeed are a family. While they're racing, it’s all for themselves, but once they step off the track, they tend to be the best of friends.

Not quite my cup of tea; as I had mentioned previously, this was one of those films that felt like it was trying to be artistic just to be artistic. While I wasn't a massive fan of the film, I can say that it was very well-done from a style perspective (not to mention I loved the technical aspects of the driving scenes being real instead of on a green screen.) There's a level of silly ridiculousness that made the movie palatable. It is very much a film with a Godard/Felliniesque style; you can still feel the love they put into every scene.

A compelling score, the first minute, gives you the feeling of what the entire film has in store for you. A movie has a lot more than the score, but it's a great starting point. This was such a great film; sometimes, you get the best results when you cut something down to its base elements. I love movie critique within the film (obviously). I love a movie about film critique. Robert J Morgalo and Federico Castelluccio created a great back and forth; I would love to see this turned into a feature-length film.