Why Mitch Trubisky can Reset his Career in Buffalo 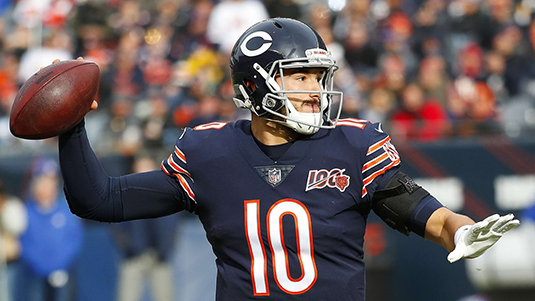 Former Chicago Bears quarterback and second overall pick in the 2017 NFL Draft, Mitchell Trubisky has had an underwhelming start to his career. In the spring of 2020, the Chicago Bears decided against exercising the fifth-year option on the original contract they agreed on with Trubisky, after they drafted him. When that happened, Trubisky tested free agency this past off-season and agreed on a contract with the Buffalo Bills. Although Mitch Trubisky’s time with the Bears was not great, many Bears fans were still sad to see him go.

Before signing with the Bills, Trubisky’s agents looked for an opportunity where Mitch could compete for a starting job. Unfortunately for Trubisky, there was not a team where that would be the case. So, Trubisky and his agents decided to take what he could get, even as a clear-cut backup job, so that he can continue to work on his game and hopefully get a few more opportunities in free agency in 2022. When the Bills heard Trubisky would take a backup job, they jumped on the former number two overall pick quickly. Buffalo’s starting quarterback, Josh Allen, has recently reached superstar status after his 2020 performance. Josh hasn’t always been the NFL stud that he is now. In his rookie year with the Bills, Allen was the number thirty ranked quarterback at the end of the season. In his second season with the Bills, Allen saw major progression and was ranked as the number eighteen quarterback in the NFL. After the 2020 season, Josh Allen had a breakout year and was ranked as the number five quarterback in all of the league.

Taking as large of a leap as Josh Allen has in his first three years in the NFL takes a lot of talent, but also a lot of good coaching. It seems to be the popular opinion around the NFL that Buffalo Bills Quarterback Coach, Ken Dorsey, had a lot to do with Allen’s huge jump. With Allen and Trubisky having very similar playing styles, Mitch has a real chance to have a career resurgence, working on his game in Buffalo. Surrounded by a top five quarterback and a coach who accelerated one of the best progressions in recent history, don’t be surprised if Mitch Trubisky comes for a starting job in 2022.