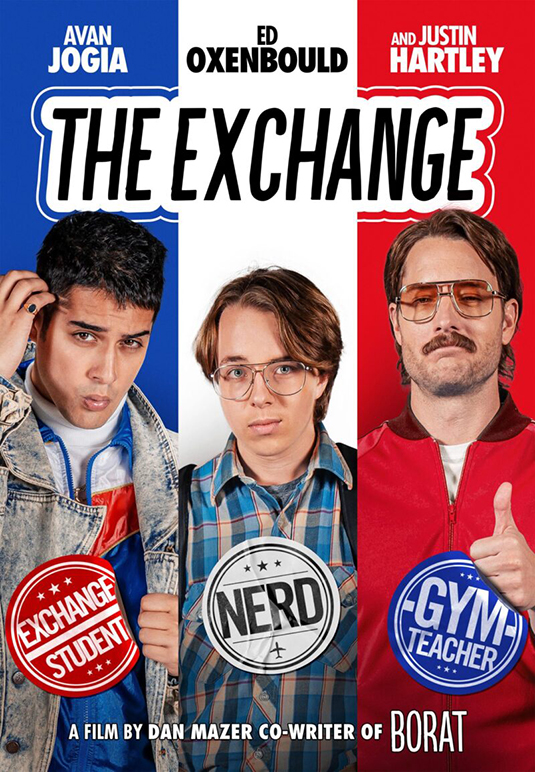 Before I get into the review, I want to say that even though the film isn’t rated, it most definitely isn’t meant for children. While the language wasn’t terrible, some suggestive scenes would make it inappropriate for children.

I had thought about a few different films to review this week. While Dan Mazer (the director of this film) doesn’t have many top-rated movies to his directing credit, his writing is another story. He wrote both “Borat” films which, regardless of anyone’s feelings on them, they are incredibly well-written films. The irony is that Tim Long (who wrote the film) has an incredible track record writing for the “Late Show with David Letterman” and “The Simpsons.” This film didn’t feel like either of those or “Borat.”

The entire film is a pretty straightforward story about an awkward high schooler hoping to find his dream friend from France as a foreign exchange student. However, he soon finds out that not everything is as he had expected. Sometimes, in my opinion, it’s the most straightforward stories that work the best. If you have to focus on the story and try to figure out what’s happening, sometimes that makes you lose focus on the story and the actor’s performances.

With a relatively unknown cast (you may recognize a face or two), the acting is intentionally stiff for certain characters, and that honestly is what sells the film for me. I love a good coming-of-age story, and this one reminded me of a few of my favorites, “8th Grade” and “Lady Bird.”

I feel like there were two characters in the film that were both written for Jason Sudeikis (“The Last Man on Earth,” “We’re the Millers”) not only in looks but also in the way the characters acted, both the dad and the coach seemed like a perfect fit for Sudeikis. Avan Jogia as Stéphane was an absolute scene-stealer; his humorous approach played well off of the other more straightlaced roles. Ed Oxenbould as Tim, the lead of the film, was nearly iconic in his portrayal. It was a two-person show, there were a lot of other characters, but few had a tangible impact on the story. The only close one was Jayli Wolf as Brenda, although her character was very one-dimensional and caused some moments with great potential to be missed.

While I felt a few scenes felt out of place compared to the rest of the film (pretty much any scene in the car, other than the ride home from the airport), all felt a little odd. It almost felt as though they needed some filler to make the film longer, so they went back and shot these. Other than that, the pacing was fantastic overall. You really could feel the story move through the film instead of it being forced.

I’m still doing my project of reviewing all 30+ “Amityville Horror” films in the series. I’m hoping that next week I can review either “The Suicide Squad” or possibly “Val” (the documentary on Val Kilmer, I know that’s an odd choice, but something about it intrigues me.) As always, I post all of my reviews on my social media accounts so if you’re enjoy these, make sure to check those out as well.

Where to watch: Available on most VOD apps starting at $5.99, like