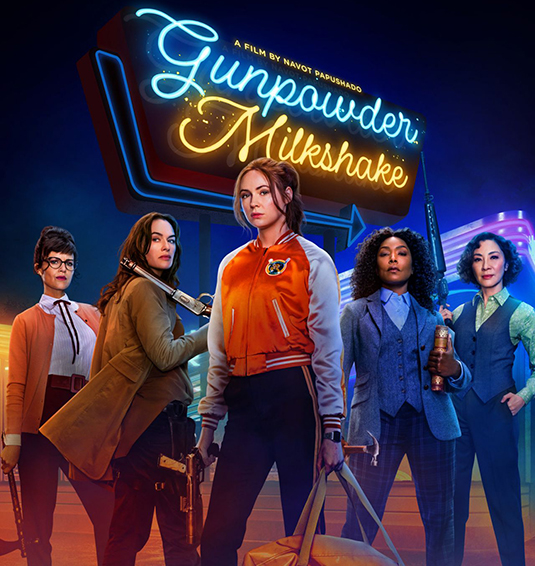 What do you get if you combine “John Wick” and “Captain Marvel”? Well, unfortunately, you get a film that doesn’t hit a home run either way. There aren’t many successful “John Wick” rip-offs; most falter, except for “Nobody.”

I can’t go too far without acknowledging the cast and the huge, missed opportunity. The lead
Karen Gillan (“Guardians of the Galaxy”) has proven that she can be an A-list actor; however, she just sadly felt off the entire film. In addition, the cast included Lena Headey (“Game of Thrones”), Carla Gugino (“Watchmen”), Michelle Yeoh (“Crazy Rich Asians”), Angela Bassett (“Black Panther”), and Paul Giamatti (“Sideways”), as well as many others, with varying degrees of feeling out of place and not hitting their potential.

On top of that, the issues with effects (which looked almost comical, unintentionally) made their moments of “blood” marital arts and more look pretty bad. Along with that, the choreography missed every queue. “John Wick” (and even to a lesser extent “Anna,” “Atomic Blonde,” etc.) all choreographed their action scenes so much better. A lot went with the fun music sequences, “Gunpowder Milkshake” used some great music, but the scenes going along with them just didn’t work the same way.

The film’s highlight was Chloe Coleman playing Emily, who had an unlikely connection with Gillan’s character Sam. She added a level of innocence in the middle of the chaos and action around her. The film’s ending Emily a great moment that I enjoyed, although then they went on one scene too long and took away some of that power.

I would love to see a film like this be groundbreaking, take something like this and just move it to the next level. Make it crazy, fun, and yet somewhat groundbreaking at the same time. Sure, we know Keanu Reeves doesn’t live the life that John Wick does, but he’s able to sell it with his team around him, and you buy into every moment of it because it’s a fun ride.

The director Navot Papushado made a fantastic film called “Big Bad Wolves.” I haven’t seen his other “Rabies,” but now I’m curious to see which it comes closer to when I watch it.

One odd positive note is the set design, although again stolen a lot from “John Wick,” they managed to make one of the best library sets I’ve ever seen. While this library is very unrealistic, its fantasy elements felt like you had stepped right into a set of “Harry Potter,” and I loved that. Not only did they turn it into a sort of “hide-out,” but they made it beautiful, something that any book lover could ever dream of, from mystical settings to standard old school settings. Each section was its own, from an under the sea theme to a castle theme, etc., and more. That added some ambiance that was needed in an otherwise straightforward film. On another positive note, a car chase scene has several unique factors, including how one of the cars is driven throughout the set.

I feel like it doesn’t need to be said, but this is an R-rated film, and while the blood looks fake, there is a lot of violence and some coarse language throughout. Thankfully they kept it almost family-friendly in a way. However, you would have to judge that depending on what you let your child watch at what ages.