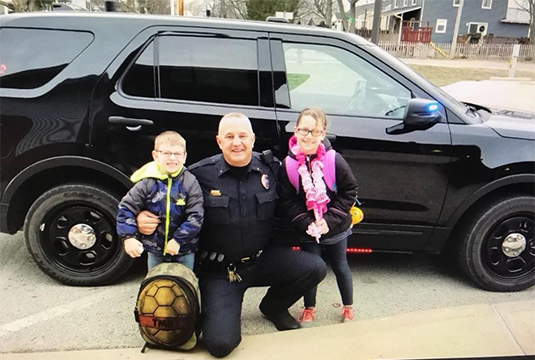 Danvers Chief of Police Michael Kemp has recently decided that he will be retiring from his position as Chief on Friday August 13. Chief Kemp has been the Chief of Police for the Village of Danvers since 2013, making many connections with locals during that period of time. Chief Kemp says, “I have greatly enjoyed every moment that I have served the citizens within our jurisdiction.” Chief Kemp was always thinking of what was best for the Village of Danvers. After eight years of being the Chief for Danvers, it is a given that a special connection between Chief Kemp and the community members has been built.

The departure of Chief Kemp will definitely be felt for the people of Danvers. As their Chief of Police of eight years retires, it will be strange not to see Chief Kemp in uniform around Danvers anymore. Chief Kemp always had a positive impact on Danvers’ citizens, and he will absolutely be missed. “I have always been and always will be grateful for the support of the citizens that I served,” said Kemp.