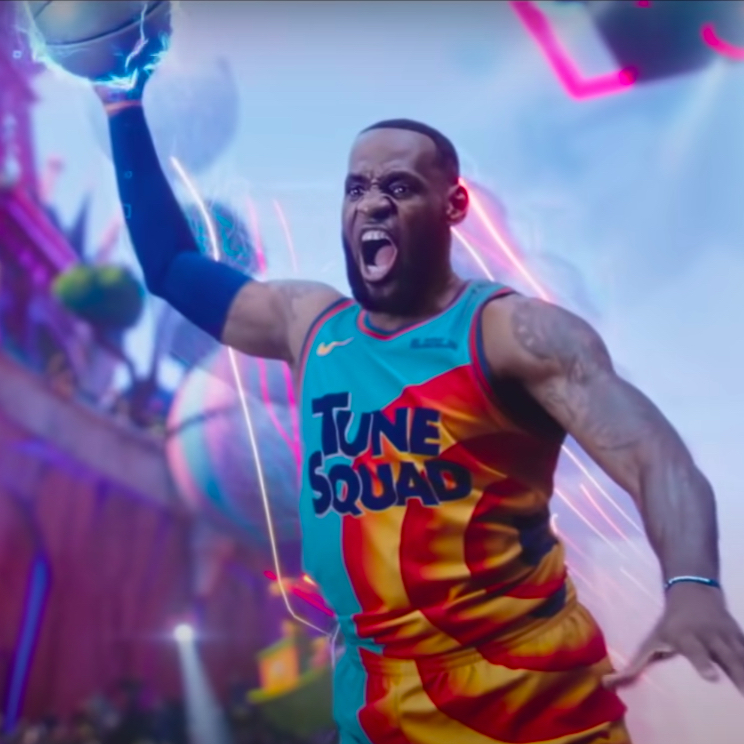 The only way I can start this is by saying I’m still not sure who this movie was for. It’s not for fans of the original (they’ve aged out of the humor,) it doesn’t seem to be for diehard LeBron James fans, Looney Tunes fans may be upset about the drastic change in animation styles (and in my opinion, some of the worst voices for the Tunes.) There wasn’t anything I truly hated about this film, it wasn’t what I would typically call a “bad” movie, but it had few if any saving graces.

I remember reading about the idea several years ago. While I’m not a huge LeBron fan, I don’t have any issue with him. Michael Jordan wasn’t a great actor in the first one, the script wasn’t great in the first one, so it isn’t that. This felt more like a giant (failed) commercial for the WB & Nike, the gratuitous amount of placements in this film (both products and pretty much every successful WB film ever, from “The Nun” to “A Clockwork Orange” and everything in between.) This felt like a film that no one was asking for, and even fewer wanted.

It felt incredibly awkward having Don Cheadle as “the bad guy” as well; that’s not a spoiler, the first time he’s onscreen, it’s pretty clear where this is all going. The original “Space Jam” had a lot of cameos with a lot of successful NBA players. This one had some cameos of… well, basketball players. There were many contractual issues, with many unconfirmed sources stating that if a player wasn’t with the same agency as LeBron, they weren’t interested or that he wasn’t. I won’t speculate, but the lack of NBA star power, in general, is an issue as well. I can appreciate that they got some WNBA players in on the act this time as well, but almost all of the supporting players weren’t household names, nor were they on screen as “themselves”; they were reduced to CGI “game” versions of themselves for most of the film.

The overabundance of WB characters felt so awkward; if you saw the film “Ready Player One,” then you know what a great example of shoving hundreds of characters from different movies on screen at one time is like. This was the perfect example of what not to do; not only were there many odd choices (again, the nun from the “Conjuring” franchise took a prime spot courtside.) Not to mention the familiar characters “Batman, King Kong, The Mask, etc.” looked terrible. They didn’t attempt to recreate the characters as they appeared on screen; they just got someone and shoved them in the costume. This resulted in a lot of jarring moments for fans of these TV shows and films.

I feel that I’ve done enough bashing at this point; I will say that there will be some who enjoy this for the spectacle that it was. The bright colors over the top video game-style action may be enough to keep some interested, especially younger children. I would say 13 and older would probably be a pretty solid cut-off for someone who will genuinely enjoy this from start to finish. That’s not to say that no one else will enjoy it but that most older than that will only find moments of enjoyment.

Where to watch: In theaters or